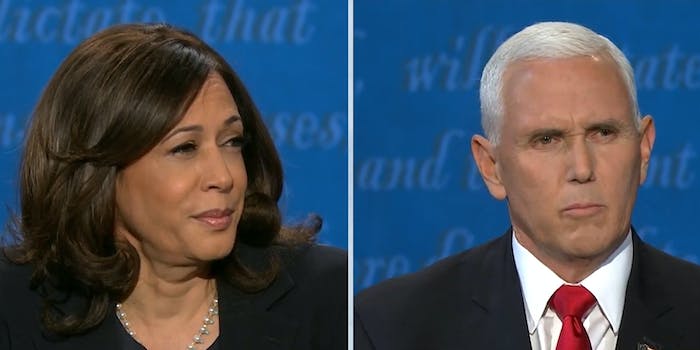 Kamala Harris’ side-eye to Pence is winning the VP debate

Harris is debating Pence at the vice presidential debate on Wednesday night.

While there has been less shouting over each other and general haphazardness during the debate between Harris and Pence, there isn’t a lack of memes and jokes.

And Harris making side-eyed at Pence (through two plexiglass barriers put up because of the coronavirus pandemic) is getting a lot of attention.

While the debate may not feature as much of the talking over one another, interruptions, and yelling as the last debate, it certainly has its own viral moment already.