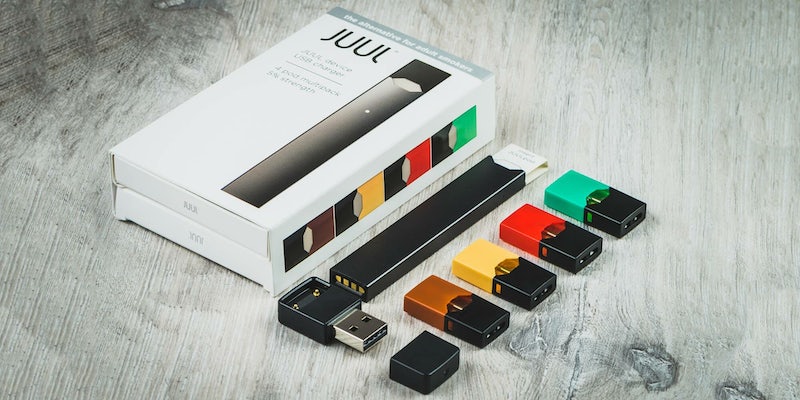 The decision comes ahead amid a crackdown from the FDA.

Juul Labs, the highly popular e-cigarette startup, announced Monday that it would shut down branded Facebook and Instagram accounts in the U.S. amid criticism over minors’ use of its products.

Responding to recent pushback from the Food and Drug Administration (FDA), Juul Labs CEO Kevin Burns announced that the manufacturer would drastically alter its social media presence in order to combat “underage use of e-cigarette products.”

“To remove ourselves entirely from participation in the social conversation, we have decided to shut down our U.S.-based social media accounts on Facebook and Instagram,” Burns said. “We have never used Snapchat.”

“Our presence on Twitter will be confined to non-promotional communications only,” Burns wrote. “YouTube will only be used for posting testimonials of former adult smokers who have switched to the JUUL system, in part to support online content on JUUL.com.”

The company says it also requested social media sites for “assistance in policing unauthorized, youth-oriented content on their platforms.”

“We asked that each platform prohibit the posting of any content that promotes the use of cigarettes or e-cigarettes by underage users,” Burns wrote. “The problem of combatting social media’s negative influence on underage vaping is larger than simply removing the JUUL Labs social media accounts, and it can only be solved with the assistance of these companies.”

Alongside the decisions surrounding social media, Juul revealed it also made the choice to stop selling flavored pods popular among children and teens to brick and mortar retailers.

“As of this morning, we stopped accepting retail orders for our Mango, Fruit, Creme, and Cucumber JUUL pods to the over 90,000 retail stores that sell our product, including traditional tobacco retailers (e.g., convenience stores) and specialty vape shops,” Burns added.

While Juul will continue to sell its products online, the company says it’s implementing an age verification system to deter underage users.

“To complete an order at JUUL.com, users are asked to provide their name, date of birth, permanent address, and the last four digits of their social security number,” Burns said. “This information is verified by a third party and cross-referenced with publicly available records to confirm the person is at least 21 years of age. “

Juul’s major policy shift comes as the FDA prepares to reveal new limitations on the sale of e-cigarettes and related products in an attempt to limit their use among youth.