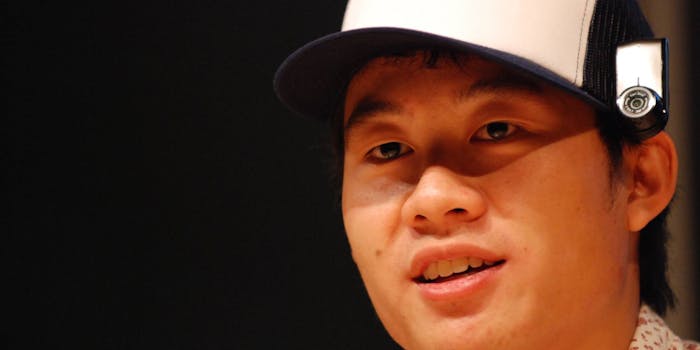 The site that pioneered the technology of "lifestreaming" has closed its doors for good.

The site that pioneered “lifestreaming”—broadcasting one’s entire life live to the Internet—has shut down.

The move to close Justin.tv surprises few who’ve followed the online video business closely over the past several years. The site’s own spinoff, video game streaming site Twitch, has become a force to be reckoned with in online video, gobbling up huge volumes of traffic that surpass sites like Hulu, Amazon, and Facebook.

At the same time, Justin.tv’s own traffic has stagnated. In February, the roles officially switched: Twitch became the corporate parent, and Justin.tv the subsidiary. Today’s closure just puts a formal stamp on something we’ve known for a long time: Justin.tv’s best times are long behind it. Twitch is the future.

Launched in 2007 as an experiment in both streaming technology and online entertainment, Justin.tv’s homepage originally hosted just one video feed. The idea was to strap a camera to the head of cofounder Justin Kan, hook it up to a makeshift computer rig in his backpack, and stream the video live to the entire world.

Viewers watched Kan from his point of view, joining him as he ate his breakfast, walked down the street, worked at his laptop, and—as the gimmick of the experiment started to draw national media attention—appeared on morning television shows like the Today Show.

Kan was the best choice for guinea pig among the four cofounders, not the least because he was apparently a hit at parties. But entertaining drunken college kids for a few hours proved a lot easier than keeping a worldwide audience glued to their computer screens. A lot of Kan’s life was boring. The site needed better content.

It found it in the form of other “lifestreamers,” most notably Justine Ezarik, known as iJustine, whose channel quickly dwarfed Kan’s in viewership.  By October 2007, Justin.tv had opened its platform to anyone with a camera or even just streaming software—a move that would also open it up to the scourge of legitimate online video sites: pirates. Soon, Justin.tv was the go-to destination for watching pirated television shows, especially sports. In 2011, the Ultimate Fighting Championship sued Justin.tv, claiming it wasn’t working to proactively stop priates. In 2012, the two companies settled outside of court.

But Justin.tv’s reign as a pirating hub was over. Traffic plummeted.

One section of the site, however, was actually growing—and fast. Video gamers were flocking to Justin.tv’s video game vertical. They’d watch StarCraft players ply their trade, or a friend play through their favorite game, or a top gamer give live lessons. Watching someone stream their life was boring, but watching other people play video games turned into a fantastic business model, demonstrated by Twitch’s rapid growth. The site ballooned from a respectable 8 million unique monthly visitors when it was spun off in 2011, to a massive 45 million at the end of 2013.

In recent months, rumors have persistently suggested that Google’s own monstrously rich video domain, YouTube, had agreed to buy Twitch for $1 billion. Both companies have yet to officially confirm those rumors.

Today, the Justin.tv homepage—usually a hub of of livestreaming channels—is gone, replaced with a single video from the site’s cofounders.

But thanks to Twitch, Justin.tv will be writing the Internet’s history for years to come.