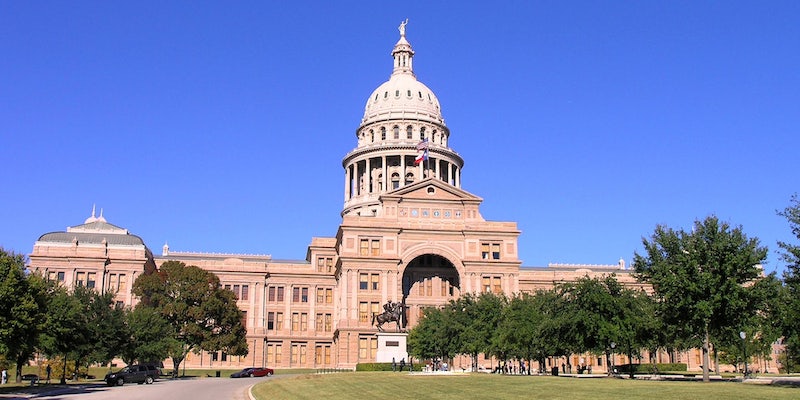 Guess there's a Pidgeotto in the law library.

Looks like Pokémon Go has hit the highest court in Texas.

It’s all due to Texas Supreme Court Justice and notorious Twitter addict Don Willett. It’s unclear exactly how the conservative justice who mocks Donald Trump with Death Star memes and has the GIF fluency of a 13-year old girl feels about Pokémon Go. Wait, no it isn’t. Like the rest of humanity, Willett is fascinated by the craze.

First, he tried to get his law clerks to try to catch em’ all. Turns out really high LSAT scores doesn’t really mean anything in the world of Pokémon. Maybe next time try reading our guide or something?

Willett then jokingly threatened to fire them. Guess these former Willett employees can spend all their newfound free time learning how to become better trainers.

My intern caught this at the Texas Supreme Court.

Mighell then either outdid himself or was one-upped by another overachieving Willett intern. Willett posted another tweet that displayed an enviable screenshot of a Pidgetto catching a Bluebook.

It’s only a matter of time before someone builds a gym in the highest court in Texas. It’s not like there are any important cases left on the docket, right? Right? But who really needs cases? Or laws, really? Pokémon Go, it seems, is the ruling for everything.