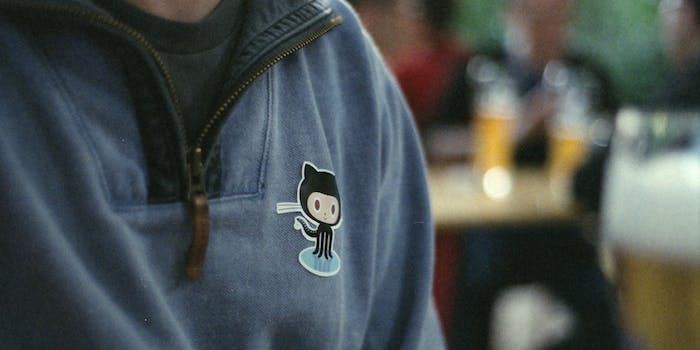 Just days after GitHub‘s former CEO and cofounder resigned, former employee Julie Ann Horvath lashed out at the company for denying that her allegations of workplace harassment were true.

Horvath came out swinging Thursday on Twitter, where she decided to name additional names and add even more details to the already vague-but-troubling laundry list of allegations against former CEO Tom Preston-Werner, his wife, Theresa Preston-Werner, and an unnamed male coder.

These employees each apparently made Horvath uncomfortable throughout her tenure at GitHub, although GitHub stated earlier this week that an independent investigation conducted by a third party had found no evidence to substantiate her claims of sexist bullying, harassment, or a hostile work environment.

The expanded list of names Horvath aired included current and former GitHub employees, along with details of the bullying Horvath says she endured while serving as GitHub’s first female coder and head of its Passions Project outreach program for women in tech. The new allegations have further polarized the tech community and sent dozens of people scrambling to relocate their code repositories off of GitHub in solidarity with Horvath.

Good morning, Internet. Today I have decided to name my harassers and those complicit in their abuse of power: https://t.co/4V0GPfCRgb

When Valleywag’s Nitasha Tiku asked Horvath to elaborate on her accusations, she received a litany of anecdotal allegations about each of the following people associated with GitHub:

1) Tom Preston-Werner and Heather Baldry. In addition to the previous detailed claims that Horvath made, in which she accused GitHub’s former CEO of joining with his wife to make her uncomfortable, Horvath now adds the following accusations about both Preston-Werner and Baldry, who was GitHub’s informal HR leader until January:

2) Ted Nyman. Nyman is the previously unnamed developer about whom Horvath has spoken in her previous allegations. Today, Horvath claimed that Nyman “systematically bullied me out of our code base because I wouldn’t fuck and/or date him.”

3) Timothy Clem. According to Horvath, Clem, a long-time developer at the company, was Preston-Werner’s “right-hand man.” Horvath made the following unsubstantiated allegations against Clem:

4) Zach Holman. Perhaps the biggest surprise of Horvath’s allegations is the statement she makes about her former partner. Holman, a popular GitHub engineer and public speaker, was mentioned in her previous allegations as someone who had been subject to internal pressure and investigation while at GitHub because of his relationship with Horvath.

Now, again without getting into specifics, Horvath claimes that Holman:

As evidence of this complicity, she presents a plaintive screengrab of messages she sent to her then-partner after allegedly being accosted by Theresa Preston-Werner. Horvath’s texts claim that Holman discussed Horvath with Theresa Preston-Werner, after which Holman appears to ignore her: 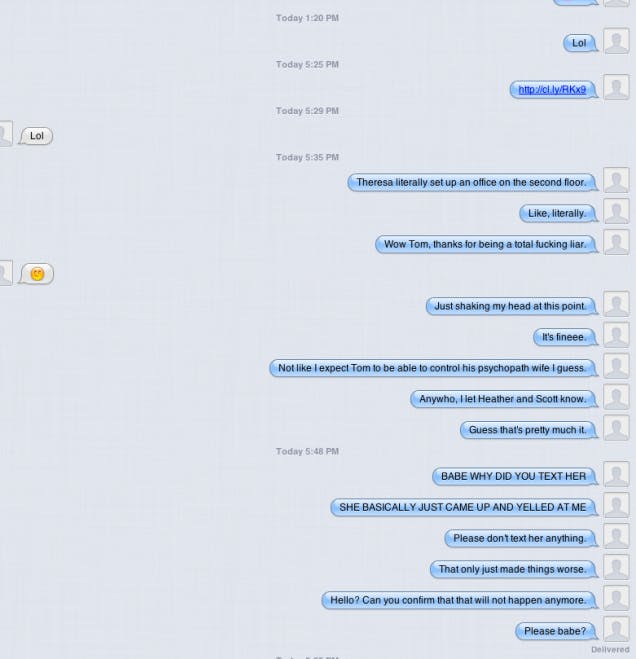 So far, these allegations seem to have no substantiation apart from Horvath’s provided emails, texts, and chat logs—and out of context, it seems difficult to prove that they constitute a hostile work environment. This could, perhaps, be why Tech Crunch posted a brief summary of Horvath’s claims, then deleted the article yesterday evening.

But for some members of the tech community, Thursday’s allegations seem to be the last straw. Numerous members of Horvath’s community of support declared that they had moved their private code repositories off of GitHub and would no longer be supporting the company financially.

Meanwhile, Horvath declared she was “poor and tired” and suggested that GitHub could take steps to remedy its alleged issues by “an objective investigation, removing all abusers from GitHub, and a public apology.”

While GitHub is unlikely to take such steps after announcing the results of its investigation, it seems a certainty that members of the tech community will be watching the company and its culture closely to determine whether its commitment to gender equality will hold up after Horvath’s departure. As ReadWrite’s Lauren Orsini notes, “GitHub users aren’t dumb … [They] won’t soon forget this incident, in which a working environment got so bad it convinced an outstanding female developer to quit, and announced it all as “nothing.” It’s a black mark on GitHub’s relationship with women and minority developers.”

In fact, last night two of Horvath’s supporters noticed that at some point since it was initially banned in December, GitHub appears to have quietly restored access to an anti-feminist troll repository allegedly spawned from 4chan.

In its acknowledgment that it still has “more work to do,” GitHub seemed sincere. But ultimately, if Horvath’s allegations remain unsourced, then in a tech culture that struggles to combat its own deeply entrenched culture of sexism, her claims may do more to feed the sexist trolls than bring about real change.