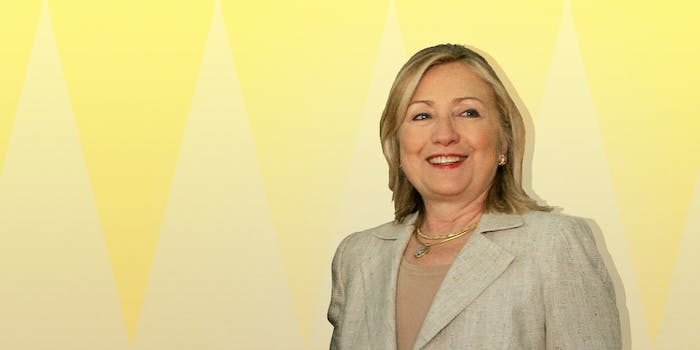 How to repair a stuck pixel on your screen

If you have ten minutes, this can fix your display woes.

Is there a little speck on your display that just won’t go away no matter how many blasts of screen cleaner and wipes of your fancy microfiber cloth you give it? You probably have a stuck pixel, most noticeable on a black screen, that doesn’t update when the pixels around it change.

Look, you can’t blame the pixels for this. Sometimes you just get lazy and don’t feel like doing your job. But those little blue or green or red spots start to become glaring flaws when you stare at them too long. You don’t have to continue having your eye pulled from what you’re really trying to look at over to this little annoyance. The website JScreenFix claims it can repair these stuck pixels in under 10 minutes.

The amazing part about JScreenFix is there’s really nothing to it: no download, no effort on your part, and no cost. The free, web-based service utilizes an algorithm to unfreeze those pixels and claims to have an over 60 percent success rate on the over four million LCD and OLED screens that it has been applied to.

There is a premium version of the service available which offers some more comprehensive fixes. The license costs about $120 and unlocks the ability to fix re-occurring pixel problems, repair burned-in images, monitor screen usage, and help prevent future damage. The deluxe program is used by museums, stock exchanges, and nuclear power stations, so it’s probably good enough for the laptop you use for marathon Netflix sessions.

If you’d rather stick with the free version, it should serve you just fine. It’s a fix that won’t cost a thing and will take you less than time than it’ll take you to… I don’t know, do something that takes ten minutes. The point is, it isn’t going to take that long and you should try it.