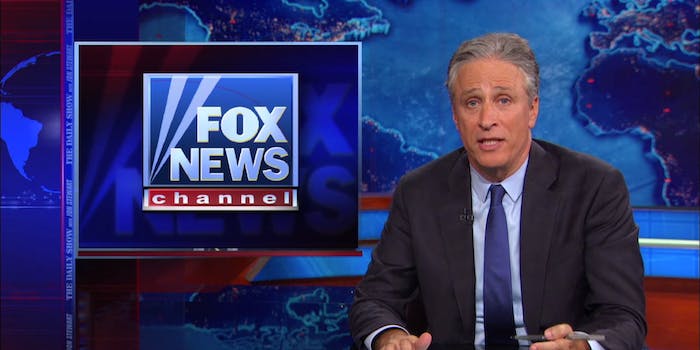 Fox News might not miss him, but we certainly will.

Despite Jon Stewart’s insistence to the contrary, Fox News is still obsessing over his “secret meetings” with President Barack Obama.

Media critic Howard Kurtz was convinced that the Daily Show host was colluding with the president. There was just one problem: There’s no evidence of that happening. So, in what might be his last big excoriation of the conservative TV network before he leaves the host chair on Thursday night, Stewart took Fox News to task once again for inventing a scandal where none exists.

By the way, after all this time, no one has responded to The Daily Show’s “50 Fox News lies in six seconds” Vine.