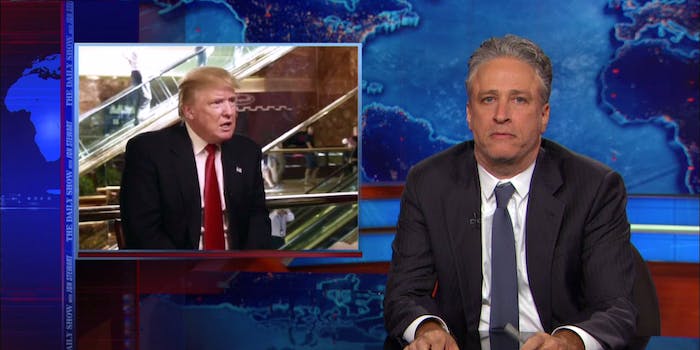 Donald Trump might be dominating the 2016 headlines and polls, but we have to remember he’s not the only person vying for the presidency.

But Stewart couldn’t help it if every other candidate was a lot less interesting. Trump was like a drug to him: no matter how hard he tried, he always came back to Trump—no matter how dirty it made him.

When Stewart finally got the hit of Trump goodness, he was so happy, he sung about it.

“Sometimes you just gotta say ‘what the fuck’ and ride the blowjob-a-coaster,” Stewart said.

With Trump saying he might run as a third-party candidate if the Republican National Committee treats him unfairly, it looks like Stewart will be able to ride this roller coaster right until his retirement. There’s no doubt he wants to see how far this goes.