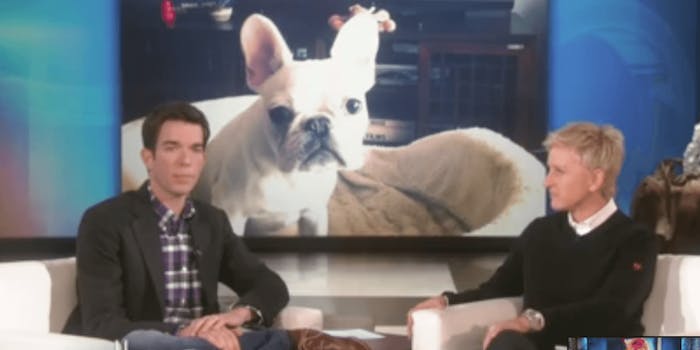 His gripes are not uncommon.

The basis for the former SNL writer and current Big Mouth voice actor’s objections, according to Mulaney’s stories, is that a “baby boomer” nearly ran over his beloved French bulldog Petunia on a Washington, D.C. street. However, like many detractors, he isn’t pleased with the randomness of the electric-scooter scattering on city walkways.

Mulaney wrote in one of his stories: “These are a terrible, unsafe, and deeply lame addition to American cities. Knock this shit off. Also DC businessman you look like a fool on [the scooters.]”

Aesthetics aside, Mulaney’s gripes are common. The scooters are controversial, with the significant safety issues being chief among the reasons. YouTube personality Emily Hartridge was killed in an e-scooter accident in London in July, after colliding with a truck. Before Hartridge’s death, in downtown Los Angeles, 26-year-old rider Andrew Hardy sustained multiple leg fractures below the knee, a broken thighbone and kneecap, and fractured vertebrae in his neck, amongst other injuries.

Neither Hartridge or Hardy were wearing helmets, which has been next to impossible to enforce without legislation requiring its use. In June, a Consumer Reports investigation reported at least 1,500 rider injuries since e-scooters arrived in 2017, with eight known deaths.