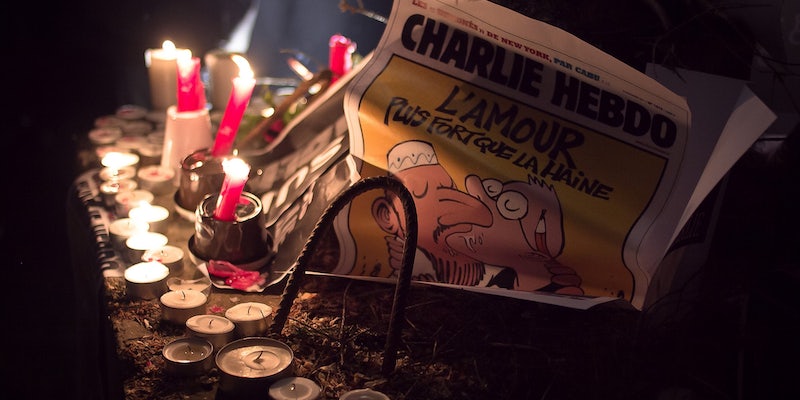 It can be easy to get lost in the grief, protests, and politics that followed in the wake of last week’s tragic attacks on French satire magazine Charlie Hebdo. But even in the most trying times, there is still hope to be found.

On Sunday, while over two million individuals and 56 international political leaders descended on Paris’ Place de la République to honor the 17 lives that were lost last week, redditor ilHGG was gearing up his sound system to spread some unity through song.

According to a post that surfaced on r/videos Monday, the makeshift DJ lives near the center of the rally and decided to bring the crowd together through the universal language of music. So he and his roommates opened up the doors to their balcony and blasted John Lennon’s “Imagine” as loud as their Yamaha HS7 speakers could handle.

According to the post, the redditor and his roommates played DJ for several hours, including a variety of classic tracks that focused on peace, love, and unity.

A quick list of what we played, from the top of my and my roomate’s heads : – A few songs by Bob Marley : Three Little Birds, One Love, Get up Stand Up – Georges Brassens : Les Copains d’abord, Quand on est cons – Charles Aznavour : Emmenez-moi – Charles Trenet : Douce France – We Are the World (I was against it) – David Bowie : Heroes – The Beatles : All You Need is Love (especially because of the beginning) – John Lennon : Give Peace a Chance, and of course, Imagine

But even by his own admission, “Imagine was the most successful of them all by far though.” After this video, it’s easy to see why.