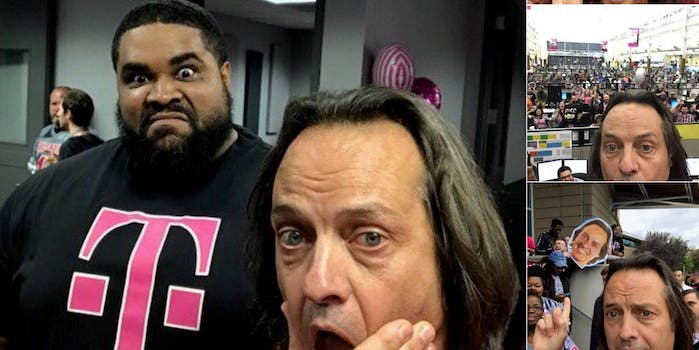 This offer is out of this world.

The CEO of T-Mobile is so thirsty for attention on Twitter that he’s offering a trip to Mars if one of his tweets gets a million retweets before Oct. 11, science and reality be damned.

John Legere has been called the “profanity-spewing shock jock of corporate America.” His latest publicity stunt is reportedly an elaborate effort to celebrate reaching a milestone on Twitter.

Late last month, Musk unveiled his bold vision for colonizing Mars. While he thinks it’s possible in our lifetime,  in reality it’s still light years away.

But don’t worry, Legere has a backup plan. In the off chance that he’s unable to actually send you to Mars, you’ll instead receive $200,000, or maybe just a “zero gravity chair.” It all depends on how many RTs he actually gets.

You have to read the fine print, which is longer than your cellphone contract: 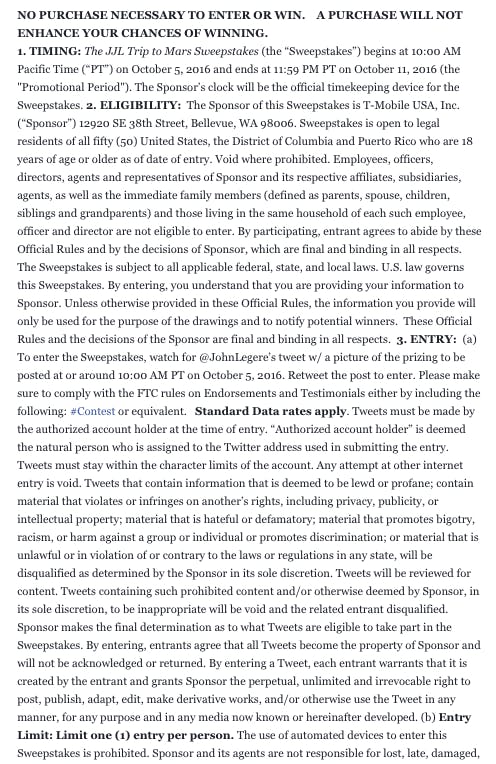 Here’s the part that really matters: 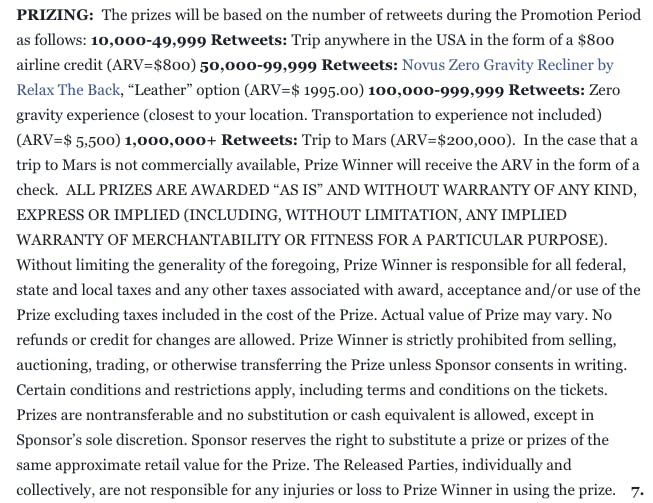