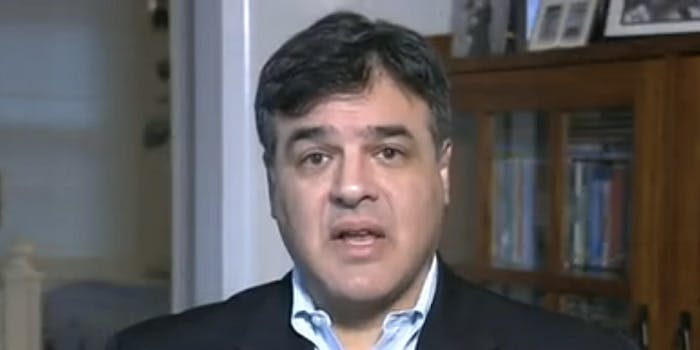 CIA whistleblower to Edward Snowden: Never return to the U.S.

"If the government has its way, Ed Snowden will never see the light of day."

The whistleblower who disclosed the U.S. government’s use of waterboarding has advice for Edward Snowden: Don’t come home.

A former analyst in the Central Intelligence Agency (CIA), John Kiriakou regarded the use of waterboarding as torture and in 2007 revealed the controversial interrogation technique to a reporter. He later pleaded guilty to disclosing classified information and was imprisoned for nearly two years.

Kiriakou is the only U.S. official ever to be jailed in connection with the torture program.

“I would do it all over again,” he told host Amy Goodman during an interview with Democracy Now.

“I think Ed Snowden gave us information on government illegality that we otherwise would never have had. I regret that the federal government has revoked his passport and has caused him to be stuck in Russia, but I think that he did a very courageous thing,” he said.

“I think the deck is stacked against him, as it is against any whistleblower.”

Snowden currently resides at an undisclosed location in Russia. He arrived there on June 23, 2013, after meeting in Hong Kong with journalists Laura Poitras, Ewen MacAskill, and Glenn Greenwald to discuss top-secret documents which revealed the extent of the global mass surveillance conducted by the U.S. government and its allies.

Snowden has few, if any, friends in the U.S. government. Several officials have referred to him publicly as a “traitor.” Should he return to his home country, he would be subject to a trial—proceedings that would almost certainly be kept secret from the American public—and, in all likelihood, spend the rest of his life behind bars.

Snowden was vindicated in the eyes of his supporters last week after a U.K. tribunal ruled that the nation’s top spy agency had, through its partnership with the NSA, violated the human rights of British citizens. The ruling was predominantly based on information disclosed by Snowden to reporters.

Kiriakou told Goodman that he wasn’t sure he would have revealed all of the information Snowden did. “In some cases, I want NSA to be spying on foreign governments and foreign leaders,” he said. “That’s what NSA does; that’s what they’re supposed to do.”

Asked if he thought Snowden should return to the U.S., Kiriakou didn’t mince his words: “I do not, not under any circumstances.”

“I think the deck is stacked against him, as it is against any whistleblower,” he continued. “If the government has its way, Ed Snowden will never see the light of day.”