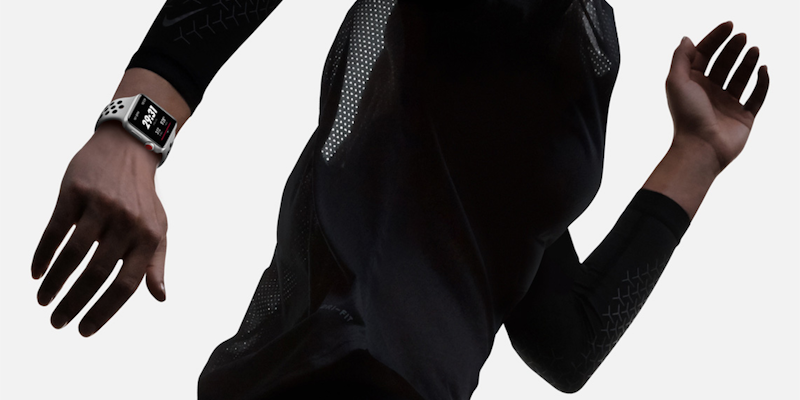 If you don't work out, you'll have to fork up the full cost of the Watch.

If you’ve been eyeing a new Apple Watch Series 3 but can’t swallow the $329 price tag, perhaps your insurance company could help you out. That’s the case with insurance provider John Hancock. After a successful pilot test, the company will begin offering some members the Apple Watch deal of a lifetime. There’s a catch, though.

John Hancock is partnering with Apple to provide $25 Apple Watches to its life insurance members who take part in a fitness-focused incentive program. The program, called Vitality, requires members to exercise regularly for two years. If they fail to do so, they’ll be asked to pay off the Apple Watch in monthly installments. If Vitality members succeed in meeting their wellness targets for the two year period, they’ll only have to pay $25.

More specifically, as Vitality members walk, bike, swim, or do other forms of exercise, they earn points. These points go towards paying off your monthly Apple Watch payment over a period of 24 months. If you earn a total of 500 points during that time, you won’t have to pay extra for the Apple Watch. In the company’s pilot, roughly half of participants met their fitness goals and earned the Apple Watch deal.

John Hancock’s program is one of a number of similar efforts insurance companies have started trying out to help us forge healthier habits. Aetna, for example, began offering subsidized Apple Watch to select members last year. Before that, John Hancock, United Healthcare, and other companies worked to get Fitbits on members’ wrists.

For insurance policy holders who take part, these sorts of incentives can help improve their quality of life. They can also potentially lower insurance costs. However, these partnerships also raise some questions. For example, how are insurance companies using this data? Is it secure? Will it be sold to third parties? Could it be used against you in the future? As wearables get smarter and better able to detect medical conditions, the latter is a valid concern: Health tracker data could potentially be used to deny health insurance coverage or raise your premium costs.

In the case of John Hancock’s Vitality program, John Hancock senior vice president Brooks Tingle told CNBC that “safeguards” are in place to protect customer data and make sure it doesn’t get in the hands of employers or other entities.