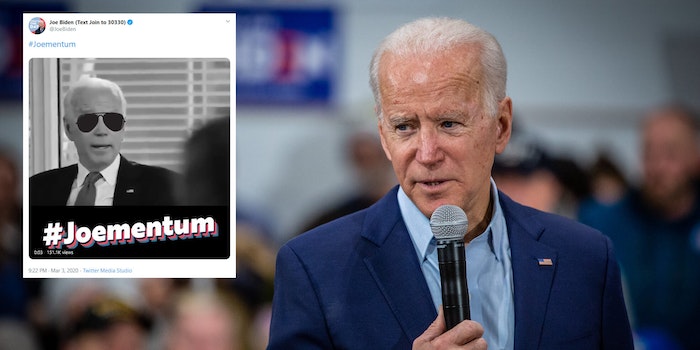 It's still early, but Biden's campaign and his supporters are stoked.

It’s still early, but former Vice President Joe Biden’s campaign and supporters are reveling in “#Joementum,” as he has won several states so far during Super Tuesday.