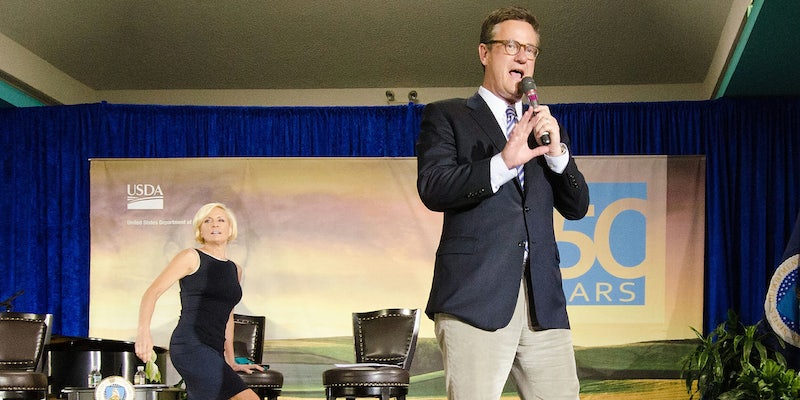 Joe Scarborough, a co-host of MSNBC’s Morning Joe and former congressman, is leaving the Republican Party, he said on Tuesday night.

Scarborough, who made the announcement on The Late Show With Stephen Colbert, said the party “betrayed their core values” even before President Donald Trump was elected to office.

The shift also comes after a highly publicized spat with Trump where the president blasted out several crude and sexist tweets about Scarborough and his co-host and wife, Mika Brzezinski, including one where Trump said Brzezinski was “bleeding badly from a facelift” during a meeting between the three of them at Mar-a-Lago on New Year’s Eve.

In addition to falsely claiming that Brzezinski was bleeding from a facelift, Trump also called the two co-hosts “crazy,” “low-I.Q.,” and “psycho” in a series of tweets.

When Colbert asked him if he was a Republican, the host paused for a moment before announcing his decision to become an independent.

“I am a Republican, but I’m not going to be a Republican anymore,” Scarborough said as the crowd cheered. “I’ve got to become an independent.”