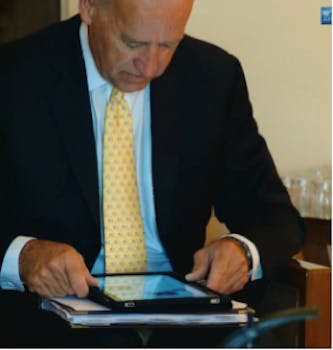 If only Biden were this well-spoken off of Twitter.

As part of the Obama Administration’s post-State of the Union PR push, Vice President Joe Biden took to Twitter today to answer questions about the president’s speech and any issues tweeting Americans care about leading up to the election this fall.

The “Twitter interview,” as it was billed by the White House, came moments after Biden addressed workers at a manufacturing facility in Rochester, New York. Those in attendance witnessed the latest chapter in the Legend of Joe Biden, King of the Gaffe:

The vice president did not explain why he thought adopting a bad Indian accent was the most effective way to make a point about outsourced jobs. Instead, he stayed on script, focusing on the economy, energy, and healthcare.