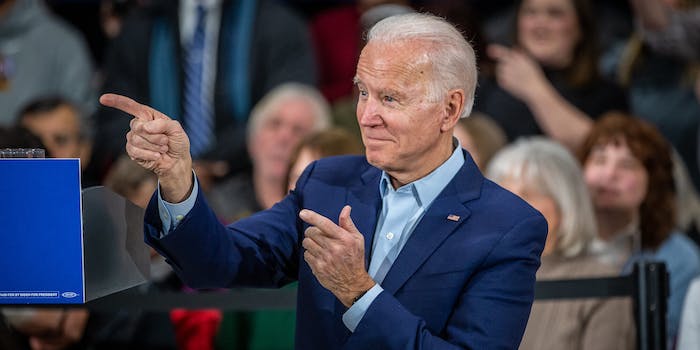 It's a big win for the former vice president.

The win is a much-needed victory for the former vice president, who was considered to be the frontrunner for the party’s nomination to take on President Donald Trump later this year. ABC, MSNBC, and CNN called the race for Biden around at 6pm CT.

Biden took home a resounding victory, with nearly 48% of the vote. Sen. Bernie Sanders (I-Vt.), came in second, with almost 20%.

Billionaire Tom Steyer came in third, but announced he was suspending his campaign after the results.

It has not been smooth for Biden so far. In the contests ahead of South Carolina, Biden finished fourth in the Iowa caucuses, fifth in the New Hampshire primary, and second in the Nevada caucuses.

On Twitter, Biden thanked the voters of South Carolina, noting how he’d been “counted out.”

The former vice president’s win in South Carolina gives him a bit of momentum heading into Super Tuesday in just three days, where 15 states and territories will have delegates up for grabs.