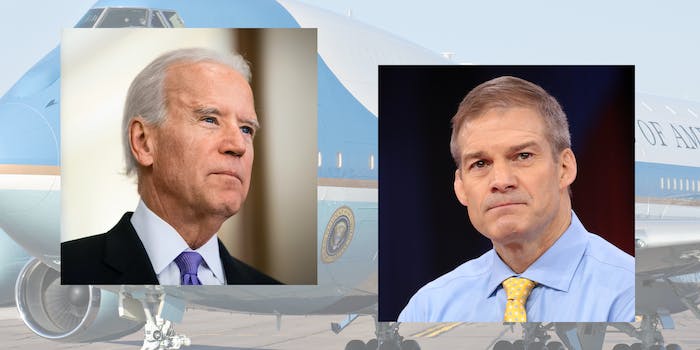 It's hard to believe people even fell for this.

There may be no more strident Obama-hater in Congress than Rep. Jim Jordan (R-Ohio), who spent the entirety of Robert Mueller’s testimony to Congress essentially demanding the former president be locked up for his crimes against the state.

So it wouldn’t be surprising for people to see a quote about Jordan bashing Barack Obama going viral on social. But he isn’t blaming the former president for his inaction during 9/11.

However, a fake quote of Jordan’s blaming Obama is all over Twitter.

The tweet was made by author Dan Lyons, who was apparently joking.

There should be a word (probably in German) for when you pull a prank and you are laughing but also scared at the same time. Angstenfreude? pic.twitter.com/GBlJut3VrZ

And yet, people bought it. It was even shared by prominent Trump-hating author Kevin Kruse.

Deleted a tweet with a fake quote from Jim Jordan.

In my defense, he does say a lot of ridiculous things.

Others tried to fact-check the fake quote, upset that it would spread fake slander.

However, this accusation is not that absurd. While Jordan didn’t blame Obama for 9/11, a Trump supporter infamously blamed Obama for being on vacation during 9/11 in a Daily Show bit in 2016.