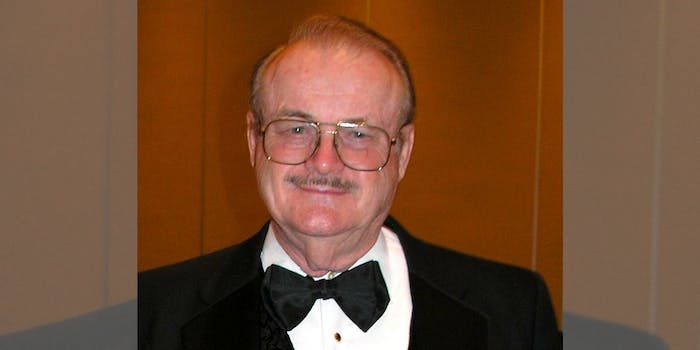 Jerry Pournelle, the first to write a novel on a computer, dies at 84

Jerry Pournelle made history 40 years ago.

Jerry Pournelle, the author credited with being the first to use a computer to write an entire novel, has died after suddenly falling ill while attending DragonCon in Atlanta. He was 84.

On Pournelle’s website, his son Alex shared on Friday night that he had died. A day prior, the science fiction writer noted that he had returned from DragonCon with a cold and the flu.

“I’m afraid that Jerry passed away. We had a great time at DragonCon. He did not suffer,” Alex wrote.

Working in defense with Boeing and NASA, Pournelle wrote science fiction on the side, publishing his first short story in 1971. He’s frequently credited with writing the first published book entirely written on a computer, and he previously told the Verge’s Andrew Liptak that he purchased a $12,000 Electric Pencil computer in 1977.

Though the computer was the size of a small black and white TV and displayed 14 lines of type with 64 characters a line, he felt using a computer would allow him to correct and edit his work more quickly and increase his productivity.

“I earned back the $12,000 investment in under a year just with increased sales,” Pournelle told Liptak.

Pournelle went on to lead the Citizen’s Advisory Council on National Space Policy under President Ronald Reagan, preside over the Science Fiction Writers of America, and popularize the military science fiction genre.