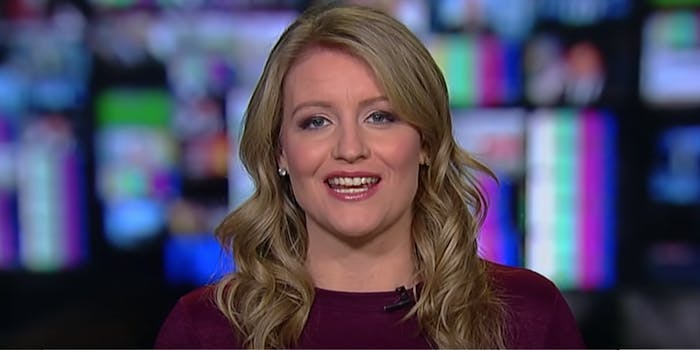 Jenna Ellis has doubled down on her remarks after receiving pushback online.

Jenna Ellis, a senior legal adviser to the president’s reelection campaign, made the disparaging remark in a tweet on Monday.

“This guy is making decisions about your health,” Ellis said.

Ellis’ tweet included a link to a news article from May about how Pennsylvania Secretary of Health Rachel Levine, a transgender woman, had asked a reporter during a press briefing to stop referring to her as “sir.”

A backlash over the tweet ensued not long after, with many calling on Twitter to ban Ellis from the platform.

“To @JennaEllisEsq and whoever else needs to hear this: Misgendering a transgender person is hate speech and it’s unacceptable,” Wolf said.

“Dr. Levine is laser-focused on assisting Pennsylvanians in the midst of a national pandemic,” Wardle said. “She does not have time for this nonsense.”

After the pushback, Ellis doubled down on her remarks in numerous follow up tweets.

Alphonso David, President of the Human Rights Campaign, (HRC) also spoke out against Ellis in a statement to numerous media outlets.

“Jenna Ellis is a bigot and Dr. Levine is a patriot—plain and simple,” David said. “Dr. Levine illustrates character and patriotism while Ellis cannot even define those terms.”