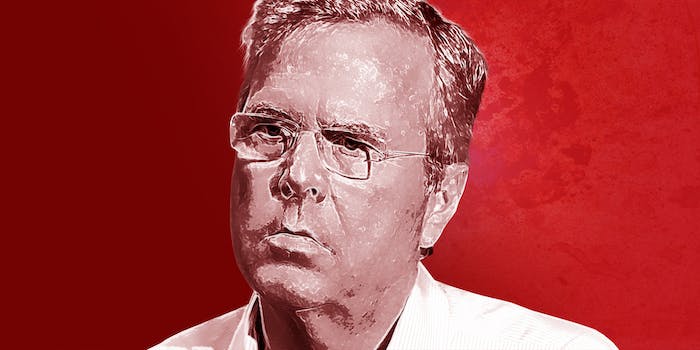 With one day remaining before the second Republican presidential debate, the boisterous New York businessman leads his rivals by a margin of 13.6 percentage points. But on prediction markets, where users bet big money on the future of politics and finance, the cash is flowing toward the former Florida governor. That’s significant, because prediction markets are notorious for their accuracy—unlike primary campaign polls in the September before an election year. 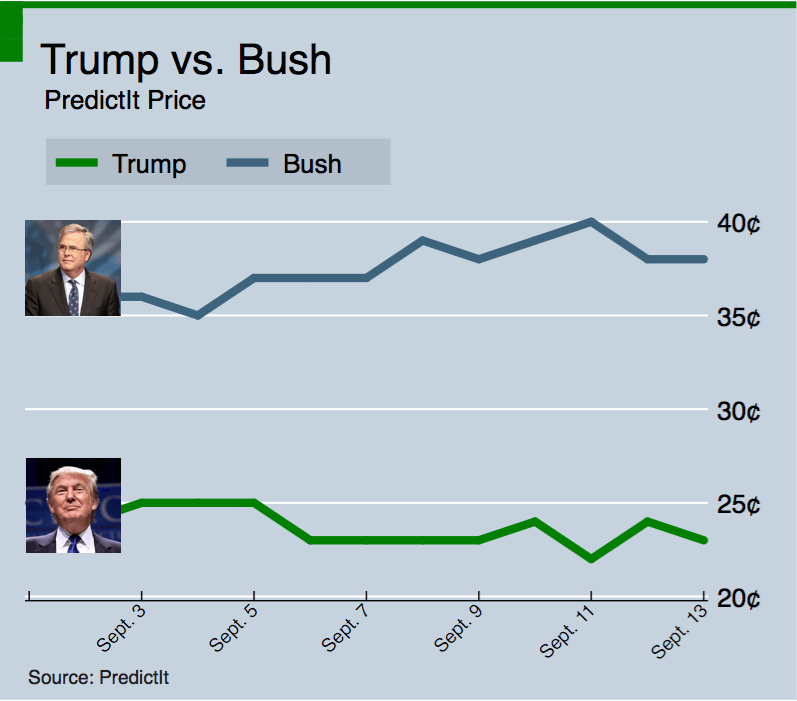 “Nothing is certain and nine months can be a lifetime in politics but, we’ve come to accept that when the market diverges from ‘consensus expert opinion,’ or public opinions polling, it’s the markets that are right in the end,” John Aristotle Phillips, CEO of a firm that provides technical support for PredictIt, explained in a statement on Monday. “I would not bet against PredictIt traders, in the aggregate.”

After Bush, Sen. Marco Rubio (R-Fla.) is the next most likely winner, followed by Trump.

In national polls, meanwhile, Bush’s support has dropped by half in the last two months. Wednesday’s debate, which airs at 8pm ET on CNN, will be moderated by CNN’s Jake Tapper and conservative talk-show host Hugh Hewitt.