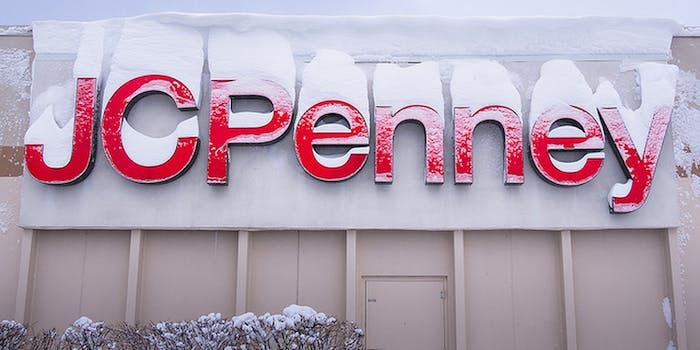 Go home JCPenney. You may not be drunk, but your typing is sloppy.

JCPenney was not drunk tweeting during the Super Bowl. Its social media manager was typing with mittens.

Unfortunately for the popular retailer, the joke fell flat on one of the most inebriated days of the year.

People who saw the typo-riddled tweets quickly assumed the worst and told the JCPenney Twitter account to lay off the booze.

Oops…Sorry for the typos. We were #TweetingWithMittens. Wasn’t it supposed to be colder? Enjoy the game! #GoTeamUSA pic.twitter.com/e8GvnTiEGl

But perhaps funnier than the strange JCPenney marketing move was the response from other major brands.

Slow down, @jcpenney. Have some #Doritos.

Even after JCPenney tried to explain the joke, a competitor took a jab, offering some texting-friendly gloves.

If the point of the campaign was to grab attention for the venerable establishment of James Cash Penney, it certainly worked. But, like the guy that really did have one too many at your Super Bowl party, sometimes grabbing attention isn’t necessarily a good thing.