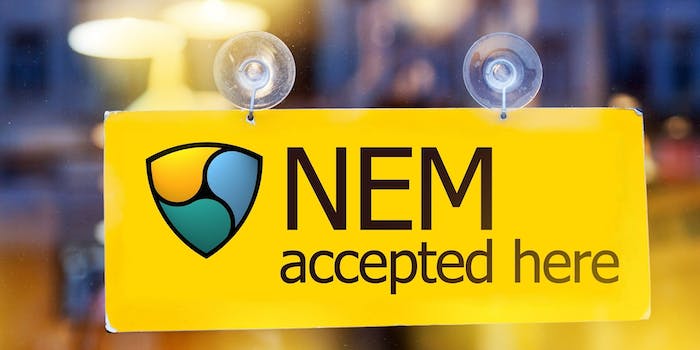 One of the largest cryptocurrency exchanges in Japan has reportedly been hit with a hack that’s cost it roughly $400 million. The exchange, called Coincheck, announced this week that some 500 million NEM coins were pilfered, causing it to implement a temporary freeze on all cryptocurrency trading besides Bitcoin. According to Bloomberg, Coincheck co-founder  Yusuke Otsuka commented on the theft in a press conference from the Tokyo Stock Exchange, claiming that it’s currently tracking where the millions of dollars worth of NEM coins were sent.

“We know where the funds were sent,” Otsuka said. “We are tracing them and if we’re able to continue tracking, it may be possible to recover them. But it is something we are investigating at the moment.”

Cryptocurrency trading has exploded of late, an effect of the massive surge in the value of Bitcoin last year and the tremendous amount of media coverage it received. Bitcoin is not the only cryptocurrency in town, however, with other popular altcoins like Ethereum, Litecoin, and Ripple. At the time of this writing, NEM is the world’s 10th-largest cryptocurrency based on market cap.

Japanese cryptocurrency exchange Coincheck Inc. said it will use its own capital to reimburse customers who lost money in Friday’s $400 million theft: all 260,000 users impacted by the theft of NEM coins, 81 U.S. cents for each coin, 523 million coins were stolen.

Coincheck has already announced that it plans to reimburse traders who had their coins stolen, a move which will lose the company hundreds of millions of dollars. According to the Japan Times, Coincheck’s pricey decision to fully reimburse its users came less than 48 hours after news of the hack first broke. Otsuka reportedly said the repayments will be made in yen, and that the company can tell the stolen NEM has not been exchanged for cash, raising hopes the currency might be retrievable.

The news of the massive theft could spur the Japanese government, as well as governments across the world, to start taking a more aggressive attitude toward regulating cryptocurrency markets. Japan’s Financial Services Agency, for one, is reportedly considering issuing a business improvement order to Coincheck and has warned the country’s other cryptocurrency exchanges to be on guard against additional hacks.