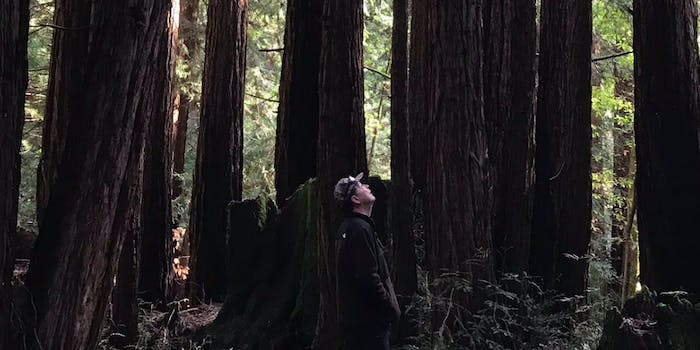 On Sunday, former FBI Director James Comey tweeted a photo of a forest with the cryptic caption, “So many questions.”

Comey has long been a critic of President Donald Trump on Twitter; the latest tweet came after the news that Special Counsel Robert Mueller had submitted his report on whetherTrump’s campaign colluded with Russia to influence the election.

Responses to the tweet ranged from blaming Comey for Hillary Clinton’s loss in 2016 to calling for him to be imprisoned. Of course, some Twitter users called out Comey’s tweeting style.

They are called "trees."

While the report hasn’t been made public yet, Attorney General William Barr released a summary of the report which said:

The Special Counsel’s investigation did not find that the Trump campaign or anyone associated with it conspired or coordinated with Russia in its efforts to influence the 2016 U.S. presidential election. As the report states: ‘[T]he investigation did not establish that members of the Trump Campaign conspired or coordinated with the Russian government in its election interference activities.’

However, Barr stated he and Deputy Attorney General Rod Rosenstein “concluded that the evidence developed during the Special Counsel’s investigation is not sufficient to establish that the President committed an obstruction-of-justice offense.”

Mueller’s report is, as yet, not public. Democrats, including presidential candidates Sen. Kamala Harris, Sen. Elizabeth Warren, Sen. Cory Booker, Sen. Bernie Sanders, and Sen. Kirsten Gillibrand have all demanded that the report in its entirety be made public.

Rep. Jerrold Nadler (D-N.Y.) has been vocal in demanding the report, including its underlying documentation. Nadler has said that he would issue subpoenas for the information, if necessary, according to Politico.