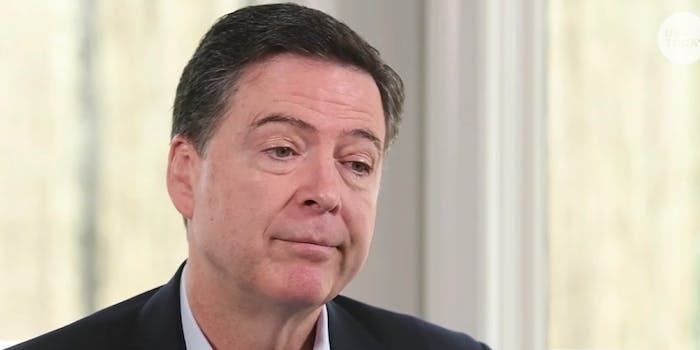 James Comey on Thursday filed an op-ed in the New York Times defending himself against the Inspector General (IG) report released the same day.

Comey was criticized in the report for using a personal Gmail account and for a letter he sent to Congress about the Clinton investigation ahead of the 2016 election. But in his op-ed, Comey stands behind his letter, contending that “to have concealed [the investigation] would have meant to hide vital information: That what I and others had said publicly and under oath to Congress was no longer true.”

Comey added that he “encouraged” the IG office’s review as a document of history, “knowing full well” he might not agree with the conclusions.

“I also was confident that even if it disagreed with our decisions, it would find the F.B.I. team made them without regard for political favor or partisanship,” Comey said. “The inspector general’s office has now reached that very conclusion.”

In addition to its criticisms of Comey, the IG report was said to reveal a “smoking gun”—that FBI agents Peter Strzok and Lisa Page discussed over text a desire to “stop” President Donald Trump from taking office.

The report also concluded the investigation of Hillary Clinton’s emails was done in sound judgement and that a meeting between Attorney General Loretta Lynch and former President Bill Clinton was not.