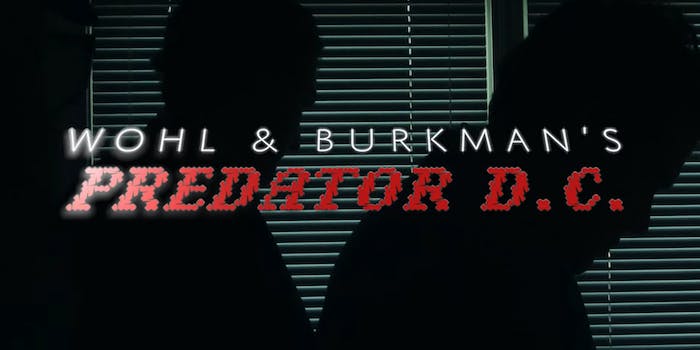 Jacob Wohl is hunting down people in D.C. and accusing them of pedophilia for new YouTube show

He is most definitely not going to get sued into oblivion.

America’s favorite cherubic right-wing operative, Jacob Wohl, does not appear to be content with just the myriad of lawsuits he’s currently facing over his illegal robocall scheme.

He is apparently interested in getting sued into oblivion for accusing random D.C. residents of being pedophiles.

Wohl and his longtime adult associate Jack Burkman launched a YouTube show called Predator D.C., their own version of To Catch a Predator, where they lure adults under the guise of sleeping with an underage person and confront them when they arrive.

Obviously, we can’t link to a production of a person currently under investigation for state crimes, with a notorious history of false accusations, filming people and calling them pedophiles. You might even think Wohl might think twice about doing that, but apparently not! Whatever you say, kid’s got moxie.

To be honest, we can’t even explain a lot of the videos in Episode One, for parroting Wohl’s claims about private citizens would open up this own publication to be sued out of existence.

But we can show you some fascinating screenshots of the show, which… is fascinating. I mean, who knows why they’re doing this, but I sure as hell can’t look away. Even if I’m worried I’m going to jail just for watching it.

At least one of the people Wohl names in his press release and video appears to be real, although there’s no guarantee he’s not in on the game. You might wonder why they would volunteer to do that; with Wohl, who knows.

We’ve reached out to that person and will let you know if we hear back.