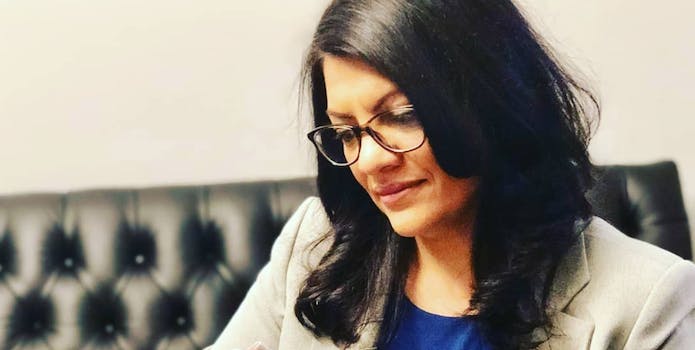 Israel ends speculation by banning Omar and Tlaib from visiting

The Israeli government announced that it will ban Rep. Rashida Tlaib (D-Mich.) and Rep. Ilhan Omar (D-Minn.) from visiting the country. The two are among Israel’s most vocal critics in Congress.

Israel’s decision was reported by Reuters less than an hour after President Donald Trump tweeted that he thinks it’s a capital plan. (The right repeatedly claims that the women, the first two Muslims elected to Congress, are anti-Semitic. They have repeatedly denied it.)

It would show great weakness if Israel allowed Rep. Omar and Rep.Tlaib to visit. They hate Israel & all Jewish people, & there is nothing that can be said or done to change their minds. Minnesota and Michigan will have a hard time putting them back in office. They are a disgrace!

“The decision has been made, the decision is not to allow them to enter,” Israeli Deputy Foreign Minister Tzipi Hotovely reportedly told Israel’s Reshet Radio.

The move comes after days of speculation that the two would be prohibited from visiting and reverses reassurances Israeli Ambassador to the United States Ron Dermer made last month that they would be allowed in.

In 2017, Israel passed a law put forth by the nation’s hard-right faction that allows the government to deny entry to supporters of the pro-Palestinian BDS (Boycott, Divestment, Sanctions) Movement. Both Omar and Tlaib, who is Palestinian-American, have publicly stated their support for BDS. Earlier this year, both strongly opposed legislation that would punish companies that refuse to do business with Israel or Israeli-owned businesses, one of BDS’s key demands.

The legislation passed the House, but failed to clear the Senate. Roughly half of the states have adopted such laws and employers have been known to include so-called anti-BDS stipulations in employee contracts.

Trump has repeatedly targeted both congresswomen, and his tweet comes after days of the White House denying that Trump had encouraged Israel Prime Minister Benjamin Netanyahu to prohibit them from visiting. Earlier this week, White House press secretary Stephanie Grisham told Axios that reports of him doing so were “fake news.”

Many were appalled by a sitting U.S. president siding with a foreign country over members of Congress.

Someone should ask him why he hates America so much.

WRONG! Israel is a democracy. Weak, fearful countries don't allow critics in. But then as someone weak and fearful and not pro-democracy you don't get that, I know. And btw how DARE the US president advocate for excluding an American from anywhere in the world. #AmericaLast

Before Trump tweeted, the U.S. Campaign for Palestinian Rights (USCPR) wrote a thread about the issue condemning “Israel’s racist and exclusionary policies.”

In it, USCPR alleges that Israel has long prohibited Palestinian expatriates from returning home, and said that this controversy is an attempt by Netanyahu to “silence and punish these members of Congress for their advocacy for Palestinian rights [as] part of a broader pattern of repression of human rights defenders in Israel, the U.S., and across the globe.”

Members of Congress must condemn Israel’s attempts to make an example of @RepRashida Tlaib and Rep. @Ilhan Omar, and hold Israel accountable for the racist and exclusionary policies that underlie the Israeli government’s policies towards Palestinians, Arabs, and Muslims.

USPCR also provided the following statement to the Daily Dot.

“President Trump and Israeli PM Netanyahu are perfectly aligned when it comes to repressing human rights and political dissent. They have despicable records on human and civil rights, regularly attempt to silence supporters of social justice—including with deportation—and share a love for white supremacists.”

Following Israel’s announcement, BDS released this statement via Twitter, “The Palestinian-led BDS movement condemns the far-right Israeli government’s McCarthyite decision to prevent Congresswomen Tlaib and Omar from visiting the Occupied Palestinian Territory over their support for Palestinian freedom. We call for cutting US military aid to Israel.”

The tweet included a screenshot of a lengthier statement saluting the congresswomen and calling for pressuring Congress “to implement the Leahy Law, which conditions US military aid to other governments on their respect for human rights….”

Omar and Tlaib had planned to spend three days meeting Israeli and Palestinian peace activists and human rights organizations in Jerusalem, Bethlehem, Ramallah, and Hebron, per CNN. Tlaib also planned to stay two extra days to spend with her grandmother on the West Bank. Israel has previously said that it would grant her a humanitarian visa to visit family.

So far, neither congresswoman has commented on Israel’s decision.