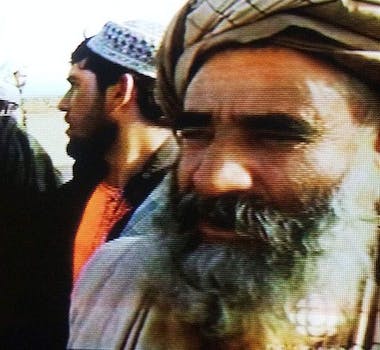 Intelligence experts monitoring the extremist Twitter accounts say there's little to gain from shutting them down.

As NATO forces battle the Taliban on the ground in Afghanistan, they’re engaging with militants on Twitter as well.

“The Taliban was in a Twitter fight with the ISAF’s [International Security Assistance Force] Twitter account on a number of occasions,” Aaron Zelin, a researcher for the Washington Institute for Near East Policy, told McClatchy Newspapers reporter Hannah Allam.

There are few better ways than Twitter to quickly share a message among a large number of people. Islam extremists are among those using the community to spread their message and find new members.

For extremists, one of the benefits of using Twitter as opposed to message boards, YouTube, or Facebook is that Twitter doesn’t actively monitor content. Inflammatory tweets can be spread rapidly before they’re removed, but the extremists have avoided attention because they don’t appear to be using their Twitter accounts to explicitly rile others.

The Taliban, Syrian group Jabhat al-Nusra, Somali organization al-Shabab, and militants from Kenya and Yemen are among those who use Twitter. The groups are actively recruiting young Muslims and providing analysis from a jihadist perspective on events such as the Syria conflict, according to analysts.

“On Twitter, they get more reach to expand their propaganda. They can reach the ‘swing people,’ and try to attract more sympathizers,” said Murad Batal al-Shishani, a jihadist researcher. “They are not using it for operational activity or to communicate among themselves.”

Will McCants, a former violent extremism government adviser, said extremists’ Twitter feeds can offer strong insights into their plans and movements. Syrian group Ahrar al-Sham tweets regular updates on its operations, and does not share “outlandish” claims about its activities, McCants said.

Allowing militants to share their activities on a U.S.-based platform is a touchy issue. While Western governments may not be best pleased with extremists spreading their messages online, taking them down would not only hinder intelligence-gathering operations, but spark a debate about free speech.

“There’s not a lot to be gained from taking it down,” McCants said. “The fear is: ‘Oh my God, they’re on Twitter, how far could their propaganda reach?’ Once you calm down, you see that the only people who get excited about it are geeky intel analysts and fans they already have.”

Allowing extremists to use Twitter could hold another advantage for NATO and the U.S. military. If the militants share content deemed to be illegal, NATO could attempt to obtain data and the IP addresses for those people from Twitter. Then again, the company may opt to put up a fight as it has in the past over such user issues.