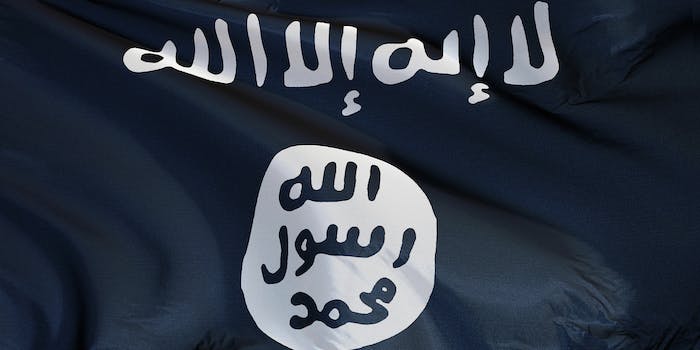 Fans of the Islamic State are celebrating the election victory of Donald Trump, convinced the Republican candidate’s anti-Islamic position will alienate and anger many people around the world and rally more to their cause.

“He’ll rule with undisputed control and this will lead to open conflicts with many people,” said one person on an ISIS forum Wednesday.

Vocativ found several threads created on ISIS channels after the election results became clear, with users noting “good tidings with the demise of America.” In these threads, the terror group’s supporters claim “Trump will put the final nail in the coffin of America” and that “the world is on verge of exploding, and this stupid who came to power will push the button of defeat.” On Twitter, ISIS supporters wondered “how a stupid person like Trump can lead the infidel nations.”

Even though Trump himself vowed to “crush ISIS” during his campaign, at least one prominent forum user who goes by the name al-Fajir said he hoped Trump’s win would lead to a pause in the fight for the Iraqi city of Mosul. He suggested that perhaps the support the Iraqi government was getting from the U.S. in the form of equipment as well as military advisors would end. The Iraqi government “will not be able to continue its war against the Islamic State for a single day” and that “the foreign policy of Trump will be catastrophic” for Iraqi forces.

At the same time, it was likely, al-Fajr said, that Trump might increase American involvement in the war as a show of strength. America “will sink in the mud,” he wrote. “He will send its army, navy, and air force, and they will become entangled in the swamp and will never get out of it.”

Last Saturday, ISIS’ English-language media wing released a seven-page article about the U.S. presidential election and warned American Muslims to not vote for either Hillary Clinton or Donald Trump, quoting verses from the Quran saying democracy was antithetical to Islam. “After almost thirty years of history proving to the entire world that there is no difference between the American Republican and Democratic parties in their policies against Islam and Muslims,” the group said.