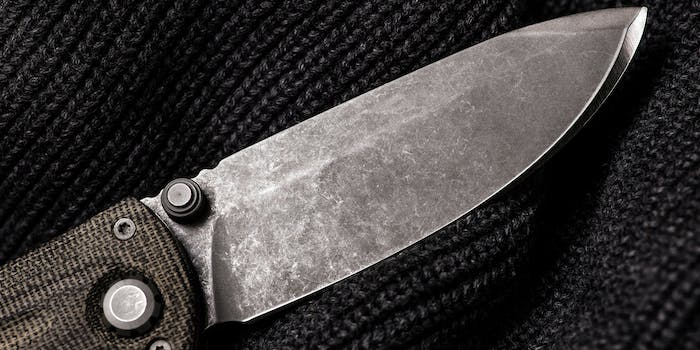 An ISIS magazine praised the attack at Ohio State University.

The Islamic State quickly claimed credit for the knife attack by a Somali refugee last month at Ohio State University and followed it up Thursday with more official propaganda, including instructions to its supporters in the West on how to be more efficient in their killing when attempting similar operations.

In the fifth issue of Rumiyah, the terror group’s multilanguage magazine published in languages including English, French, and German, the terror group released a full-page guide instructing would-be lone wolves how to carry out these attacks. The instructions include how to choose targets, the ideal place on the human body an attacker should strike, and what “knives to avoid.”

Within the magazine’s pages were words of praise for “brother Abdur-Razzaq Ali Artan,” the 18-year-old Somali refugee who in late November drove his car into a crowd of people at Ohio State University, before continuing to assault them with a butcher knife. He wounded 11 people before he was killed by authorities. The magazine insists the attack “was carried out in response to the Islamic State’s call to target the citizens of the nations involved in the Crusader coalition,” meaning countries including the U.S. that are part of the campaign to wrest control of the Iraqi city of Mosul back from ISIS. The article includes a message allegedly written by Artan prior to the attack, in which he threatened the U.S.

The magazine continues ISIS’ call to followers to travel to areas where the terror group is fighting for control, insisting that “hijrah [migration] will not cease as long as the kuffar [infidels] are fought.” Whoever cannot travel to Iraq or Syria to fight for ISIS there should go instead to Libya, Afghanistan, Yemen, the Sinai or west Africa, it said.

This is the latest set of directions from official ISIS media. Recently the group released a video instructing would-be lone wolves on how to carry out terror attacks in the United States and Europe. “There is no need to use firearms, like a rifle or a pistol,” said an ISIS member who appeared in the video, who suggested using knives if those weapons weren’t available. He offered advice on what type of knives to use and instructed viewers on how to stab victims efficiently