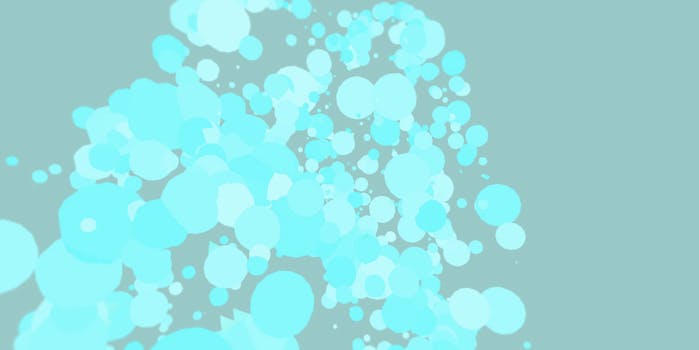 Get lost in this psychedelic game of color and shapes

All you need is your keyboard.

It’s the weekend, and you might find yourself getting lost in tabs on the Internet as your favorite music pulses in your ears.

I’m here to give you yet another tab that provides something to make your weekend a little more colorful. You can get lost in the explosions of blues, greens, oranges, and pinks while your fingers guide colors around the computer screen and, if you feel so inclined, to the beat of the music rattling your speakers.

Simply by tapping your space bar, arrow keys, and numbers one through nine, you can create unique paths of lines and shapes, 3D experiments, and rivers of color that float across your screen.

And stare you will. It’s so easy to get lost in the shapes and colors. And if your weekend includes mind-altering libations, well, it makes staring at the shapes even more entertaining.

The game doesn’t connect to audio yet, but Garcia-Borg says he eventually wants to make an application that can take the different objects and paths and pulse to the beat of music.

“The goal with some of these is going to be making them into sound responses and visuals for live performances,” he said.

Garcia-Borg said his favorite numbered screen to manipulate is five, though I’m partial to one. The music, though, we can both agree on—definitely use this while listening to progressive rock or electronic music.