Among those arrested is Elham Arab, a well-known Iranian model.

In its latest crackdown on expression, Iran’s government is targeting Iranian models posing online with their hair exposed.

Iranian authorities have reportedly arrested eight people in an operation targeting models who have posted “un-Islamic” photographs on Instagram.

Wearing a headscarf in public has been compulsory in Iran, a predominantly Muslim country, since the 1979 revolution, although some Iranian women have tested conservative ideologues by wearing their scarves tilted back, partly exposing their hair, or posing for “bareheaded” photos on social media.

A law passed by the Islamic Republic in October 2014 expanded the authority of police charged with enforcing religious morality, including the wearing of headscarves.

Women who have defied the law have faced punishments ranging from imprisonment to lashings. Others, who were less fortunate, have been attacked for “indecent” behavior; in 2014, a number of women had acid thrown in their faces, allegedly for being “improperly veiled.”

The television broadcast showed only one of the arrested women: Elham Arab, a famous Iranian wedding-wear model, who often posted pictures on Instagram showing her blonde hair exposed. The report stated authorities had identified through social media 58 models, 59 photographers and makeup artists. The other seven people arrested alongside Arab were not identified. 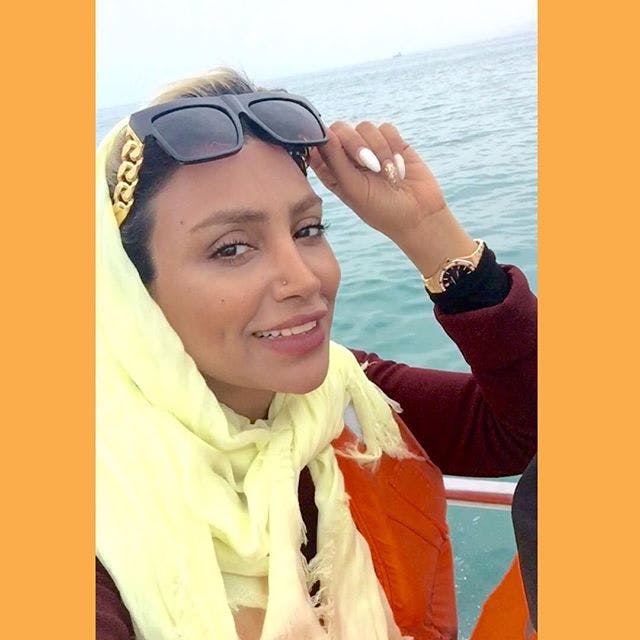 In the footage, Arab was shown in a conference room speaking with Tehran prosecutor Abbas Jafari Dowlatabadi, the AP reported. “All people love beauty and fame,” she said. “They would like to be seen, but is important to know what price they will pay to be seen.”

A spokesman for the Iranian Center for Surveying and Combating Organized Cyber Crimes told the BBC on Monday, “Sterilizing popular cyberspaces is on our agenda. We carried out this plan in 2013 with Facebook, and now Instagram is the focus.”

The spokesman added that additional police operations would be carried out in the coming days.