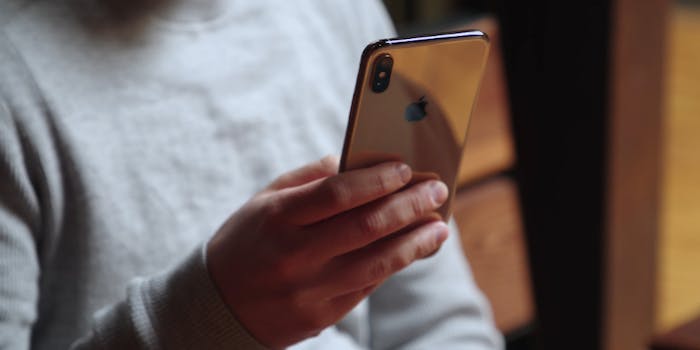 Sales of the iPhone accounted for less than half of Apple’s quarterly revenue for the first time since 2012.

In a press release outlining their fiscal third-quarter earnings Tuesday, Apple revealed that iPhone sales have fallen 12% compared to the same quarter a year prior.

Despite the noticeable reduction in iPhone sales, Apple’s overall revenue was up. The tech company has invested in other sectors and it appears that decision is paying off.

Apple’s wearables business, for example, is booming. Items such as AirPods, the Apple Watch, and Beats headphones garnered the company $5.53 billion, a massive 48% increase from last year.

The company’s service business is also seeing considerable increases in revenue, bringing in $11.46 billion. That number represents a 13% jump from the same quarter last year.

Apple’s Mac computers and iPads are doing great as well. Over the past year, Mac sales have jumped from $5.25 billion up to $5.82 billion while iPads jumped from $4.63 billion to $5.02 billion.

In total, Apple earned $53.8 billion for the quarter, a 1% increase in overall revenue compared to last year. The company believes it will bring in revenue between $61 billion and $64 billion during the fourth quarter of 2019.

“This was our biggest June quarter ever–driven by all-time record revenue from services, accelerating growth from wearables, strong performance from iPad and Mac and significant improvement in iPhone trends,” Apple CEO Tim Cook said in a press release. “These results are promising across all our geographic segments, and we’re confident about what’s ahead. The balance of calendar 2019 will be an exciting period, with major launches on all of our platforms, new services and several new products.”

Tuesday’s revenue news, despite the iPhone numbers, led to a boost in Apple’s stocks as it became apparent for the first time that the company can survive without relying heavily on its flagship phone.

And Apple isn’t done diversifying just yet. As noted by Cook, Apple will soon be launching new services and products including Apple TV+, Apple Arcade, and an Apple credit card.