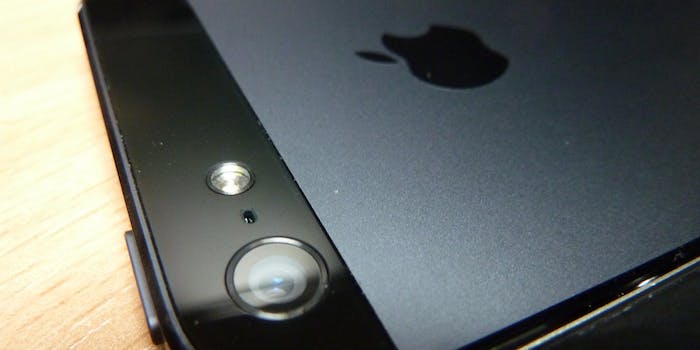 This iPhone stopped a bullet and saved a man’s life

The iPhone was killed instantly.

When Apple CEO takes the stage in San Francisco next week to announce the newest versions of the iconic iPhone, he probably won’t tout its life-saving abilities. Nevertheless, a Fresno State student owes a great deal to his iPhone 5s, including his wellbeing, after it literally took a bullet for him. According to the Fresno Police Department, the victim was approaching his home when he was approached by an unidentified man who attempted to steal his laptop bag. The thief brandished a black semi-automatic handgun and then fired one shot at the victim, which struck the iPhone 5s in his pocket, rather than entering his body. The iPhone, which was covered in a Speck brand protective case, did not survive the ordeal, and the thief ended up making away with the victim’s HP laptop. The victim walked away unharmed.

This isn’t the first time an iPhone has made the ultimate sacrifice for its owner. In 2012, a 49-year-old man’s iPhone 4s was the only thing standing between his heart and a potentially life-ending bullet. In that case, the device almost certainly saved its owners life, and while the Fresno State student might not have been looking death in the eye when his attacker fired, a bullet to the thigh probably isn’t a terribly comfortable thing either.