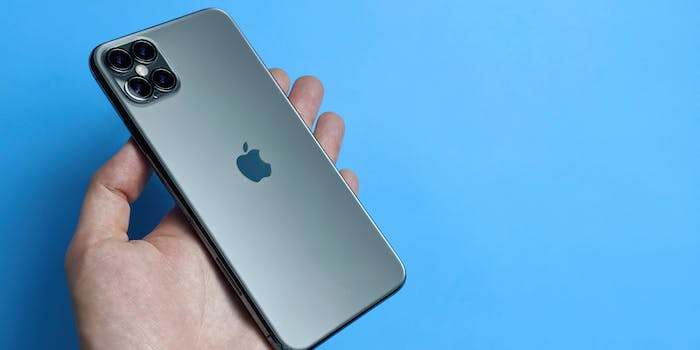 Here’s everything we know about the iPhone 12

Here's everything we know so far about the next iPhone.

The coronavirus pandemic has affected nearly every aspect of our lives over the last six months. Now, it’s even reached our phones.

The iPhone 12 won’t hit shelves in September like new models typically do, but it is still expected to become available in the fall. Here’s everything we know so far about the iPhone 12.

iPhone users have become accustomed to Apple’s customary formula, which typically sees a new iPhone hit shelves each September. Thanks to the pandemic, however, the latest iPhone—expected to be called the iPhone 12—likely won’t hit shelves until October. Scattered rumors even point to a staggered launch, with the pro models hitting shelves a month later, in November.

Back in July, Apple’s Chief Financial Officer Luca Maestri noted that “this year, the supply of the new product will be a few weeks later” than usual. This is fueling rumors of a mid-October release. A leaked promo pointed to Oct. 20 as the final day for pre-orders, but Tom’s Guide notes that this doesn’t align with Apple’s typical sales formula. Instead, the tech site believes the iPhone 12 will be officially released on Oct. 23.

It’s hard to pin down an exact price point for the upcoming Apple phone, but several leaks and rumors agree on a general range. The 64GB version of the device is anticipated at around $699. Reports indicate that in an attempt to keep the price point lower, Apple is not including airpods with iPhone 12 purchases. Other leaks indicate that the price could be as high as $749, or as low as $649.

Pro versions of the device will certainly be more expensive, with Pros coming in between $999 and $1,049, and the Pro Max anticipated closer to $1,200.

Last year, analyst Ming-Chi Kuo informed the public that four new iPhone versions would come in 2020. The smallest of these is 5.4 inches and two are 6.1 inches. The largest version available is a full 6.7 inches. Tom’s Guide notes that the smallest version of the iPhone 12 “is expected to feature an A14 processor, 4GB of RAM and a choice between 128GB and 256GB of storage.” It will also feature dual rear cameras.

The iPhone 12 Max will boast similar features to the basic model. The screen size will see an upgrade, however, as will its battery.

The iPhone 12 Pro will be the same size as the Max, and rumors indicate they share similar features. The biggest difference comes in the Pro’s rumored “120Hz refresh rate” and 6GB of RAM. It will also come with a third rear camera.

The largest, and most expensive version of the iPhone 12, the Pro Max, has the same storage, features, and RAM as the Pro. Its resolution and refresh rate are expected to see an upgrade, however. Hints point to a resolution of 2778 x 1824 and a potential 120Hz refresh rate.

Previous iPhone releases give us an idea of what to expect from the iPhone 12 in terms of color options. Likely, the smaller and less expensive standard version will offer a greater variety of colors, while larger and more pricey versions will keep to simple, sleek color schemes.

Hints point to the potential of a deep blue version joining Apple’s existing lineup. Buyers may see versions in light blue, violet, or light orange as well according to rumors.

The newest iPhone will come with a number of huge updates and features. Unfortunately, not all of them are good.

The beta version of iOS 14 is widely available to consumers. You can download it from the settings on your phone, assuming it can support the massive update. The final version of iOS 14 is expected to launch with the iPhone 12, however, offering huge changes to how the phone functions.

Basic apps should all see a big upgrade with iOS 14. Users will gain the ability to place widgets on their home screens, and a new App Library should make organizing your phone far easier.

All four versions of the iPhone 12 will support 5G, according to Kuo.

Not all can boast the same version of 5G, however. A report from Fast Company indicates that only the Pro Max will offer support for mmWave 5G. The Standard, Pro, and Max versions will instead support 6-GHz 5G. Regardless of the level of 5G, expect far faster battery drain from the update in speed.

The new Apple Watch, which began shipping in early September, didn’t include a charger. This has led to the belief that no version of the iPhone 12 will be supplied with even a simple wall charger. The news is sure to disappoint buyers, who will have to shell out additional cash for an iPhone charger if they don’t already have one. When spending upward of $600 for a phone, most people expect a charger to be included.

Even more disappointing, iPhone 12 batteries are expected at lower capacity than the iPhone 11. Even the costliest iPhone 12 is rumored to have less battery power than the standard version of the iPhone 11.