It is in beta, so no promises.

Apple just released its most recent major update to its mobile operating system, bringing users up to iOS 8.4 and giving them access to Apple Music. But that was over a week ago now. It’s old hat. Time for something new. Starting Thursday, you can get your hands on the public beta of iOS 9.

How to get it

To load up your iPhone and iPad with the latest OS from Apple, you’ll have to sign up for Apple’s beta sign up process by logging in with your Apple ID and password. 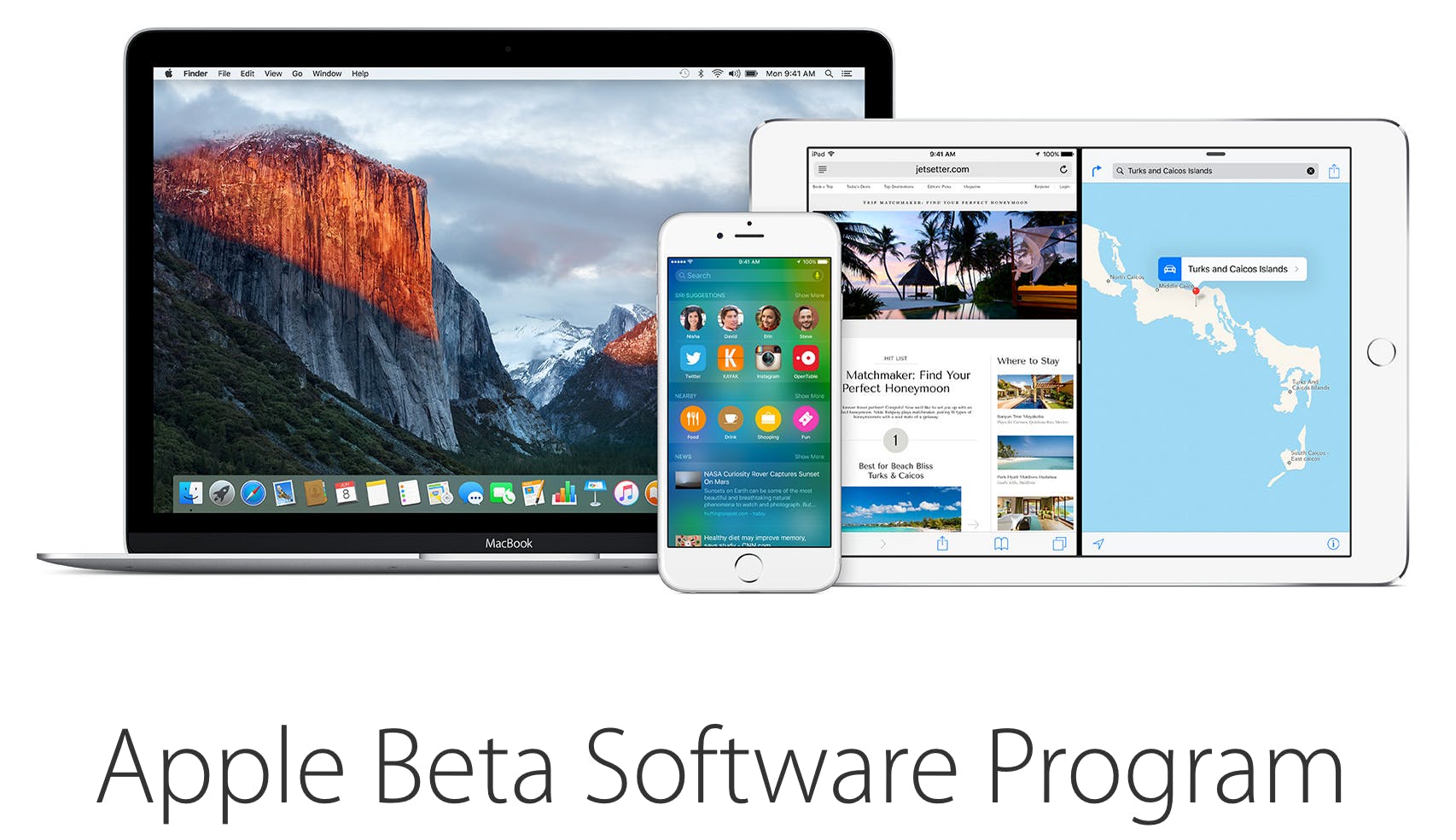 Once you’ve gotten yourself signed up, you can get iOS 9 from Apple’s Beta Software Program page. Log in with your newly approved account and enroll your phone or tablet. Depending on the model of your mobile device of choice, you’ll get slightly different sets of instructions.

Oh, and make sure you have room for the update. It’ll require 213MB to install, which is some valuable selfie room but not too much. Make sure you have that much room clear before beginning in on the process. Take it as an opportunity to clean up some of those apps you downloaded but never used.

Just know as you’re going through the process that you are installing a beta build. Even if it’s in a more polished form than it once was, but it still isn’t a fully stable release. Apple’s public beta products tend to be quite polished, but odds are still good you’ll run into some bugs and issues along the way. Worst case scenario, you might even end up with a bricked device (we have to say that).

And remember: Even though iOS 9 is designed to work with every device supported by iOS 8—everything back to the iPhone 4S and iPad 2—older devices run the risk of poor performance and additional problems.

Given that release of iOS 8 to the public was so buggy it required a near immediate update—and then that update had so many issues it had to be pulled from Apple’s servers and replaced by another update—you can’t be blamed for sitting on the sidelines for the beta of iOS 9. That said, let’s do it!

If you’re one of the brave ones who accept the risk that beta brings and install iOS 9 on your device, you’ll be in for some nice updates.

The headliners here are apps: Apple News—the Cupertino company’s answer to the ever-popular news reader services like Pocket and Flipboard–and Apple Music, making its debut appearance in an iOS 9 build. (Obviously you can already use the streaming service in iOS 8.4 as well.)

The beginnings of the new and improved Siri are also present. Now the digital assistant feeds up app suggestions and contextual information when you pull down the top menu.

Some smaller changes are in place, as well. Users on the iPad will notice app folders are now four-by-four instead of three-by-three, taking advantage of the expanded screen space. A new folder appears in the Photos app as well. Titled “Selfies,” the album automatically collects every photo snapped from the front-facing camera.