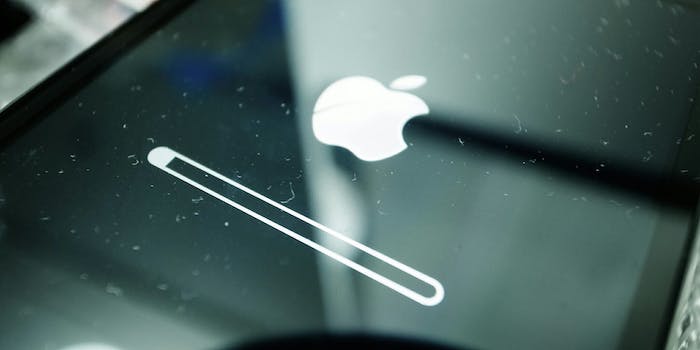 iOS 11.4 update is killing battery life for some users (updated)

It’s not uncommon for bugs to crop up after Apple ships a major iOS update, and iOS 11.4 seems to be no exception. Some early downloaders of the latest iPhone update say they’re experiencing unusual battery drain.

“My iPhone 6 was working perfectly fine until I updated to iOS 11.4 and ever since I did that my battery is draining rapidly even without me using it at all,” one iPhone owner shared in Apple’s support forums.

An iPhone 6s owner responded that they experienced a similar issue: On a device with 90 percent battery health, they watched the battery level drop from 50 to 20 percent over a matter of minutes, while the phone wasn’t even being used.

At this point, it’s unclear how widespread the issue is. Apple hasn’t confirmed an official bug and didn’t immediately respond to the Daily Dot’s request for comment.

Some users surmise that it might have to do with how this OS version refreshes apps in the background. Others found that turning off Location Services or WiFi helped their issues. A number of those reporting issues are iPhone 6, 6s, or SE owners.

When iOS 11 initially shipped in September, some downloaders also experienced battery drain issues (among other problems, such as increased frequency of apps crashing). While unusual battery life issues like this may be OS-related, sometimes they can be the fault of a particular app. Luckily, that’s something you can check in your iPhone settings.

IOS 11.4 shipped May 29 and includes a couple of long-awaited features. Most notably, it added stereo pairing and multi-room audio for its wireless AirPlay 2 standard, which meant that owners of multiple HomePods could now pair them for more robust room-filling sound.

The newest OS also brought updates to Messages stored in iCloud and addressed a handful of bugs—but for some, it seems to have introduced new problems.

Update 2:34pm CT, July 10: Apple’s newest update, iOS 11.4.1, includes a patch for some of the battery-life complaints. According to some users, it’s effective, but others are still waiting for more data before calling it a fix. Another alternative suggested by YouTube channel Tech Reviews is to join the iOS 12 beta; the new operating system, expected to release this September, includes a host of performance improvements including ones for battery life. However, since it’s a beta release, you could be signing yourself up for other, as-yet-unidentified issues.