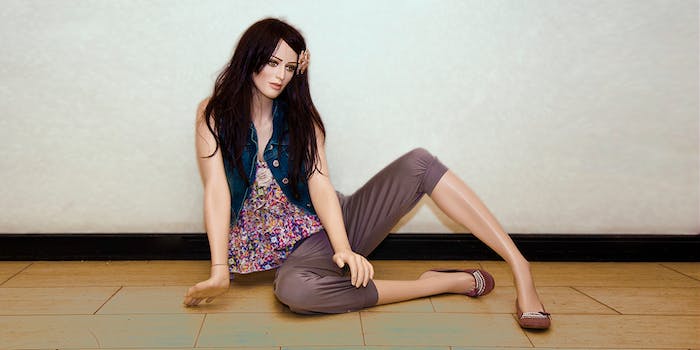 You'll be surprised to know that it's not at all meant to be creepy or depressing.

Good news, single people of the Internet: It just became a lot easier to fake a boyfriend or girlfriend.

You no longer have to go through the tedious process of creating a fake Facebook profile for a sham significant other and filling it up with meaningless drivel. You  don’t have to cull a Google Image search for a set of random selfies and invent witty status updates just so you can change your status to “in a relationship” with this empty account and get your loved ones and snoopy acquaintances off your back.

Instead, all you have to do is use Invisible Girlfriend. Or Boyfriend, whatever floats your boat.

The concept is pretty straightforward: You fork over $25 and Invisible GF/BF does all the grunt work for you, populating your phone with text messages and photos to establish the 100 percent real relationship that you are totally in right now.

The service is the brainchild of Matthew Homann and Kyle Tabor, who created it at a startup contest back in 2013. The pair has reportedly been working on both apps ever since.

If you’re faking a beau, you have to give the lie a name and an age. Oddly, the service requires a middle name, too. 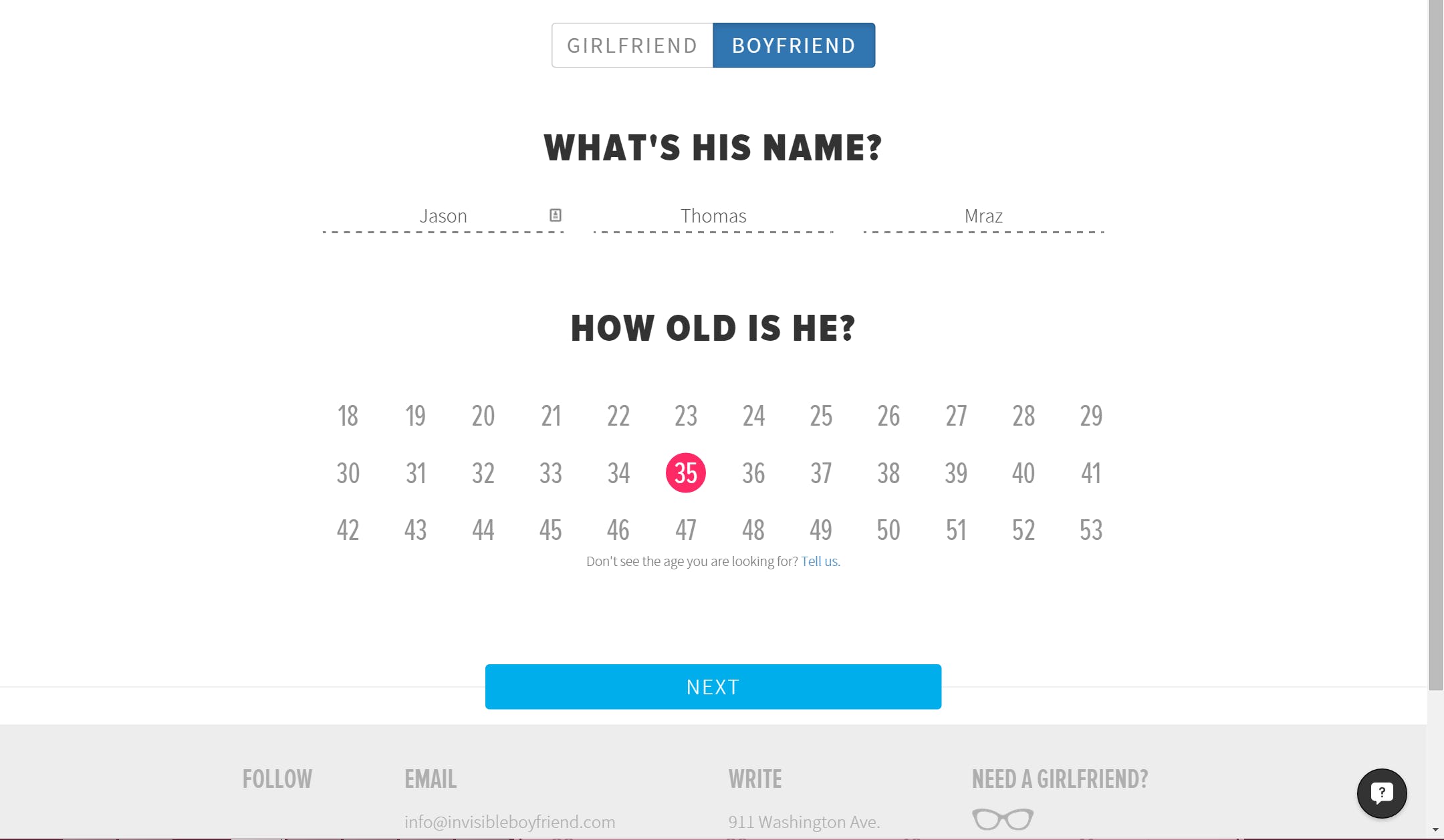 Next, give him a face. You are given sixteen facial (racial?) profiles from which to choose. 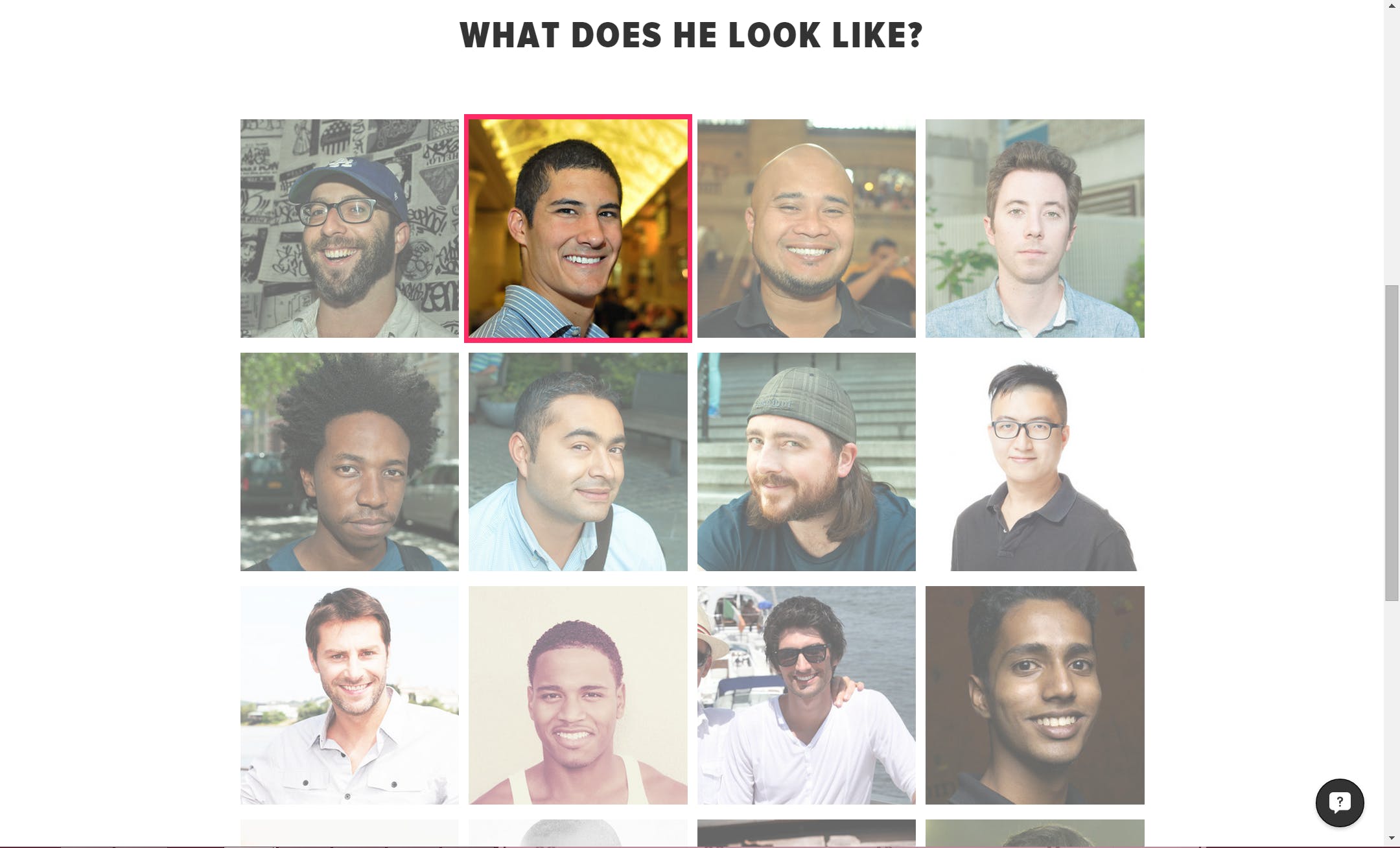 Then, you get to choose his personality. Apparently, if your fake boyfriend is “cheerful and outgoing,” he can’t also be “adventurous and fun.” Being “lovingly nerdy” does not mean he is actually “witty and educated.”

You can also choose his interests from a list, or add in your own if you’re feeling creative. 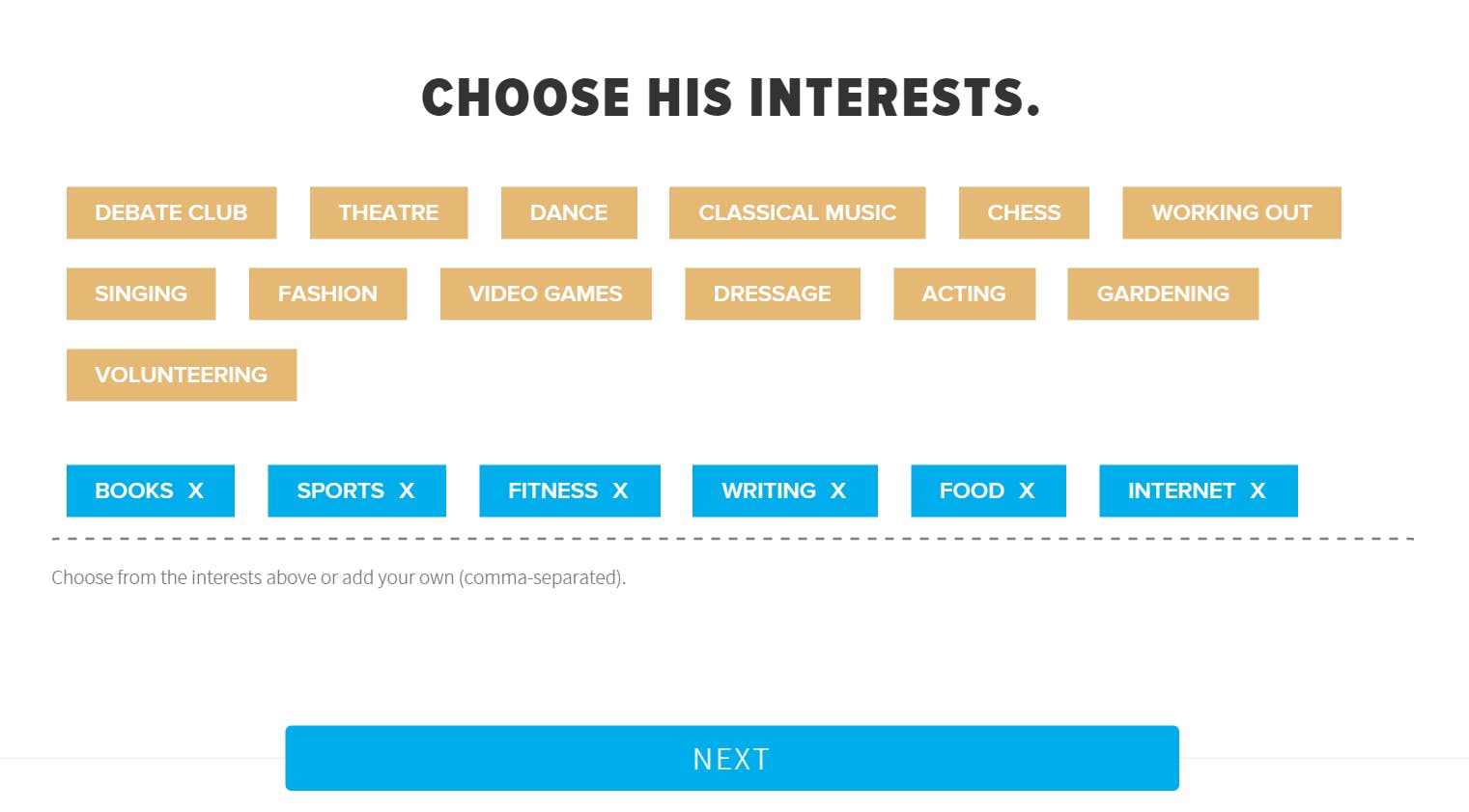 The next step is deciding where this imaginary person is imaginarily from, along with how you fake-met. The default answer provided by the service reads as follows: 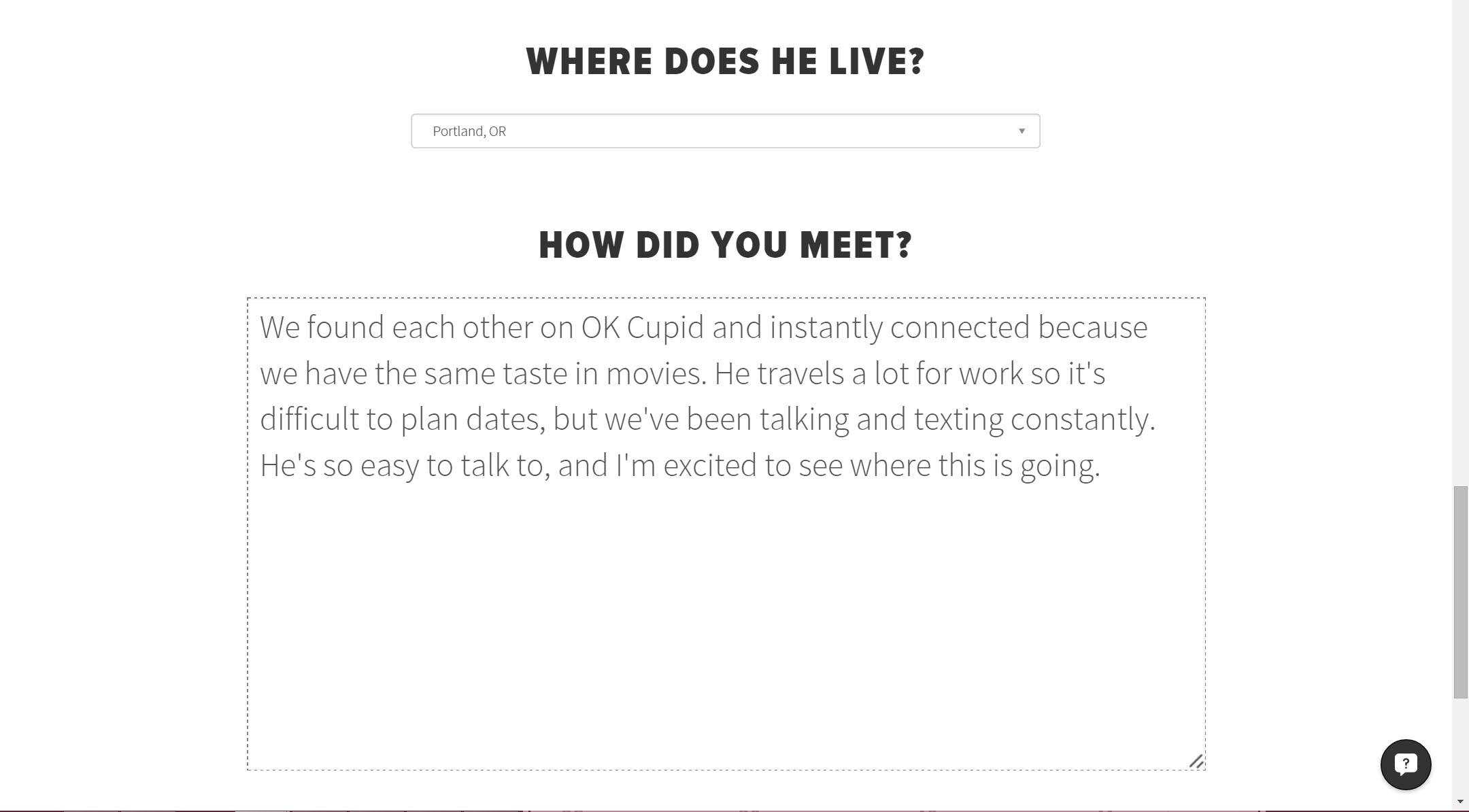 Finally, you are brought to your Invisible BF’s profile page, where you’ll have an opportunity to go back and tweak the fake details you’ve entered.

Upon clicking “Finalize,” you will be asked to enter your personal information, including your reason for wanting an Invisible Significant Other.

The suggested explanations illustrate the many potential uses for this sort of service, from allowing a career-driven individual to focus on work while maintaining the appearance of a love life to giving people who aren’t ready to come out as LGBTQ a temporary public alternative.

The service asks for your phone number—your fake boyfriend does need to text you, after all. Once you’ve linked your number to the service with a confirmation code, you may begin the relationship!

If all of this creeps the bejesus out of you, don’t worry: You’re not corresponding with a heartless robot. There are actual people responding to your pretend-relationship texts. Granted, it’s a different person every time you connect, but a real person nonetheless.

While it’s very easy to dismiss these Invisible GF/BF services as yet more ways to mess with your ex, Homann and Tabor, the creators, think there are more noble uses for the service as well. An Invisible GF/BF could provide relief to soldiers stationed overseas, prevent unwanted advances in the workplace, and yes, even provide a socially awkward individual a means to practice-date someone.

Every user gets ten free text messages with his or her fake beau upon signup. If you want more than that—and it will probably require more than that to fool everyone (including yourself) into thinking you’re in love—you will have to pay the $25 monthly fee. The paid version of the service gives you 100 text messages, 10 voicemails, and one handwritten postcard.

According to Betabeat, Homann and Tabor want to introduce both cheaper and pricier service plans in the future; they’re still learning what their user base needs and wants from the service. Additionally, the founders are reportedly raising funds so that Imaginary Girlfriend and Boyfriend can venture overseas, specifically to regions of the world where being gay is a crime.