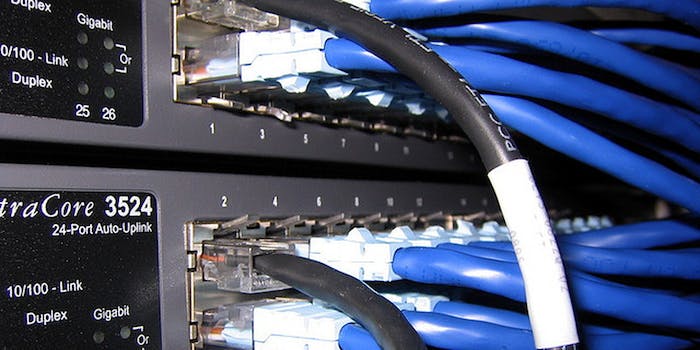 The global Internet may soon have a way to be a little more free, if slightly less global.

Researchers have developed a system that shows Internet users the path their Web traffic takes across the world, letting them steer it clear of countries known for broad censorship and surveillance.

The technology, called Alibi Routing, builds a network of computers in safe locations that can transmit sensitive data around the globe. Each person who uses the system becomes a peer, which the researchers call an “alibi,” in the peer-to-peer network.

“It lets users provably avoid parts of the world while communicating with others or browsing the Web.”

Researchers at the University of Maryland built the system to be “immediately deployable” and easy to use without advanced technical knowledge, according to a university press release.

“The alibi provides proof—calculations that exploit the fact that information cannot travel faster than the speed of light—that at a particular time, a packet was at a specific geographic location sufficiently far enough away from the forbidden areas that the data could not have entered them,” the release said.

On their project’s website, the computer scientists described it as “a peer-to-peer system that allows users to understand and control where in the world their packets don’t go.”

“In other words,” they wrote, “it lets users provably avoid parts of the world while communicating with others or browsing the Web.”

The researchers built a fake network of 20,000 alibi and were able to transmit data without it ever crossing Internet cables in their six target countries. Four of those countries—China, Syria, North Korea, and Saudi Arabia—were on Reporters Without Borders’ 2012 “Enemies of the Internet” list. Two others, the U.S. and Japan, have disproportionately high Internet traffic volume, meaning that every piece of regular traffic is likely to pass through their networks at some point.

Using their network, the researchers’ data packets bypassed the U.S. and Japan altogether.

Alibi Routing’s goals carry broad appeal. Expatriates could use it to safely raise awareness of repression in their home countries. Whistleblowers hiding out on relatively safe terrain could use it to expose corruption without being detected. Journalists could use it to collaborate without alerting governments to their work.

Because the software relies on every node in the network being on safe ground, however, American journalists would have to travel elsewhere before becoming alibi. To use another example, Edward Snowden, the NSA whistleblower currently living in Russia, could not become an alibi without exposing everyone in his network to the surveillance on Russian Internet cables.

The researchers expect to publish a test version of Alibi Routing close to the end of 2015. They will present their research at a U.K. computer conference on Thursday.