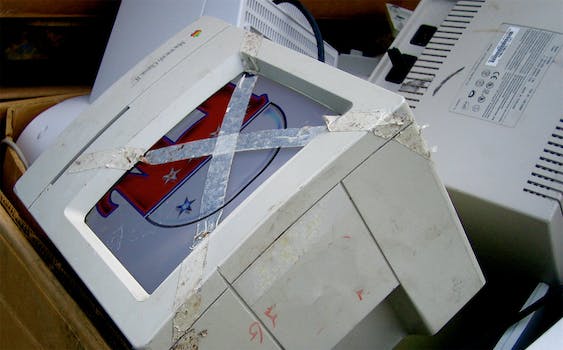 This is why voting matters.

As the nation turns (or doesn’t) to the midterm elections, conventional wisdom seems to hold that the Republican Party, somehow suddenly hip among America’s youth, will take control of the Senate. Naturally, we’re curious what that means for the Internet.

Online issues are too varied, too nuanced, and too new to have a clear party preference. But there are at least three instances where, in general, Republicans and the White House are in shaky agreement on an issue that extremely concerns Internet freedom advocates. In other words, there are three spots where, assuming the GOP does take the Senate, there’s good reason to think the government’s about to make the Internet much worse.

The token symbol of Americans trading their privacy for the promise of security in the wake of the Sept. 11 attacks, the Patriot Act gave the National Security Agency (NSA) carte blanche on a number of issues—though the vast majority of us had no idea of its depth until former contractor Edward Snowden leaked a cache of agency documents in 2013.

Though most of the Patriot Act is permanent law, a few key provisions must be renewed periodically, and are up for renewal in 2015. Among them is the so called “lone wolf’ provision. In the Federal Bureau of Investigation’s (FBI) own words, according to a declassified explanation obtained by the Electronic Frontier Foundation, “This provision gives the FBI the flexibility to obtain FISA [Foreign Intelligence Surveillance Act] warrants and orders.” FISA warrants, often derided as “rubber-stamp” court orders, are by definition classified, meaning the public is kept in the dark about those court rulings.

It also includes a provision for making it easier for the government to search business records, also ostensibly to fight terrorism. When that provision was last up for renewal, Sen. Mark Udall (D-Colo.) was one of the few to raise an alarm: “If we cannot limit investigations to terrorism or other nefarious activities, where do they end?” he asked at the time.

That previous renewal vote, in 2011, they passed the Republican-led House with ease. As the AP reported at the time, the only real opposition to them came from Democratic digital libertarians in the Senate. One of those was Udall, and he’s expected to lose his seat Tuesday.

One of the biggest threats to the Internet, activists say, is the Trans-Pacific Partnership (TPP). It’s also extremely boring. That’s kind of the point: A largely unheralded, massive trade deal between a dozen Pacific Rim countries—a smattering of them across North and South America, Asia, and Australia and New Zealand—it would lock in certain trade laws that would limit individual countries to make their own rules. Or, as Salon put it, the TPP “is less about ‘free trade’ than creating governmental barriers to regulating multinational corporations.”

Among a host of other problems, the TPP’s intellectual property chapter, leaked by WikiLeaks, would lock in restrictive copyright regulations across all participating countries, in essence forcing international Internet service providers to monitor their users for foreign companies’ copyright complaints.

Here’s where it gets political: Under current U.S. law, Congress would be allowed to vote on individual provisions of the TPP, rather than just approving or denying it wholesale, which is by far the biggest barrier that the U.S. has to get in the agreement’s way. But in that bizarre logic that only makes sense in Washington, the House has passed what’s called “fast-track,” legislation that would let Congress just vote on trade agreements as a whole, instead.

Fast track stalled in the Senate, as Majority Leader Harry Reid (D-Nev.) vowed in January to block it at all costs. But it’s hard to imagine that would happen with Republicans in charge, and President Obama, who’s pushed for the TPP for years, would surely sign off.

Congress has had a doozy of a time in recent years trying to pass a comprehensive new law to enforce cybersecurity in this country. You may remember the two iterations of the House Republican-led Cyber Intelligence Sharing and Protection Act (CISPA), Senate Democrats’ Cybersecurity Act of 2012 and 2013, and the Cyber Information Sharing Act (CISA), which seemed like the Senate Intelligence Committee’s attempt to rewrite CISPA after they shunned it.

All of these bills include provisions that streamline the process by which private Internet companies share users’ information with the U.S. government. None won ringing endorsements from online privacy groups, though CISPA seemed to draw the most ire. While the White House repeatedly promised to veto CISPA if it were to ever find its way to Obama’s desk, that was back when he had a Senate willing to write a bill more to his liking. Without powerful allies in Congress, it’s not hard to imagine Obama compromising on your privacy in a cybersecurity bill.