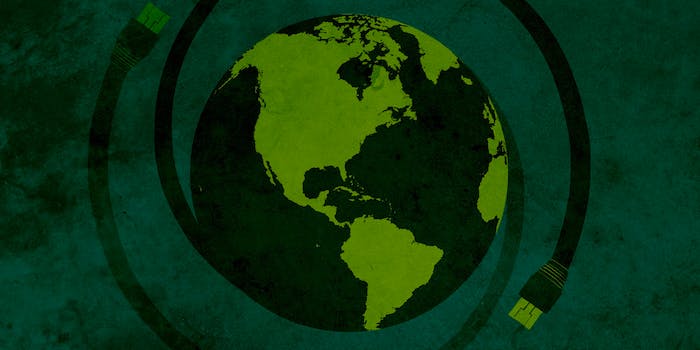 'The proposal will significantly increase the power of foreign governments over the Internet.'

Three conservative senators want the Obama administration to reject a plan to give up oversight of key Internet technical functions.

For nearly 20 years, the U.S. government has played a leading role in the management of vital Internet features like the Domain Name System—which connects the IP address of a company’s server, like 216.58.219.206, with an easily memorable domain, like google.com—through a contract with the Internet Corporation for Assigned Names and Numbers.

The Obama administration, in an attempt to dispel the idea that the United States wants to control the Internet, is preparing to transfer the Commerce Department’s contract with ICANN to a global multistakeholder body. But that idea has met with intense criticism from conservative lawmakers and outside groups.

“The proposal will significantly increase the power of foreign governments over the Internet, expand ICANN’s historical core mission by creating a gateway to content regulation, and embolden ICANN’s leadership to act without any real accountability,” the senators argued in a letter to Pritzer and National Telecommunications and Information Agency chief Lawrence Strickling.

The senators noted that ICANN’s proposal would make it harder for the organization’s board of directors to reject Internet governance decisions made by the 162-nation Government Advisory Committee. The plan would bump the threshold for board quorums to reject GAC decisions from 50 percent of board members to 60 percent, a move that the senators said contradicted a promise by ICANN’s former chief executive.

Cruz and the other senators also criticized the proposal for creating a requirement that ICANN respect “internationally recognized human rights,” a seemingly innocent provision that they said could be twisted by repressive governments to enforce censorship at the root level of the Internet.

“As you know,” they wrote to Pritzker and Strickling, “many countries and activist corporations use human rights commitments as vehicles to limit individual’s [sic] freedom of speech by regulating and forcing the moderation of content.”

The Commerce Department is reviewing ICANN’s proposal, which ICANN has estimated could take effect before the current contract expires in September.

The senators’ letter also raised the obscure but important question of whether the DNS root zone file, the master document mapping key routes across the Internet, is U.S. government property owing to its creation in the early days of the ICANN partnership. If so, ICANN’s transfer plan would entail the yielding of government property, potentially in violation of U.S. law.

“Considering the current state of Internet freedom,” the senators wrote, “It would be unconscionable to transfer supreme oversight authority of the Internet to an organization that is increasing the influence of foreign governments.”

Cruz, Lankford, and Lee have previously written to Dr. Stephen Crocker, the chairman of ICANN’s board, expressing similar concerns. In response to one such letter, Crocker wrote that the senators appeared to misunderstand ICANN’s purpose.

“ICANN’s role is limited to ensuring the technical coordination of these identifiers—names, IP numbers, and protocol parameters,” Crocker said. “ICANN’s authority does not extend to the regulation of content, and no aspect of the [Internet governance] transition process would change that.”