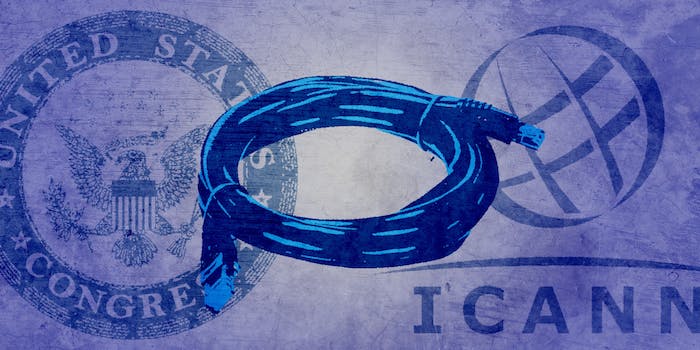 But conservative lawmakers are furious.

The Obama administration on Thursday approved a proposal to give up its oversight of the core technical functions of the internet, setting the stage for a transition to a global multistakeholder group.

For several decades, the Commerce Department, through a contract with the Internet Corporation for Assigned Names and Numbers, has overseen the internet’s technical architecture, including the all-important Domain Name System, which routes web addresses like google.com to the servers hosting those websites. Facing international pressure, the government in March 2014 announced a plan to end that contract.

The National Telecommunications and Information Administration, the Commerce Department agency that maintains the ICANN contract and reviewed the organization’s plan, said Thursday that it was satisfied that the proposal preserved open-internet principles and maintained the internet’s “security, stability, and resiliency.”

The transition will take two forms: rearranging control over the internet functions themselves and creating new accountability mechanisms to prevent governments from improperly influencing their management.

“The plan developed by the community will strengthen the multistakeholder approach that has helped the Internet to grow and thrive, while maintaining the stability, security, and openness that users across the globe depend on today,” Lawrence Strickling, the assistant secretary of commerce for communications and information and administrator of the NTIA, said in a statement.

After the transition, the NTIA will no longer be responsible for approving changes to the DNS root zone file, the master directory of websites that maps their common web addresses (google.com) to the IP addresses of their servers (216.58.219.206). Instead, the five regional internet registries will communicate directly with a subsidiary branch of ICANN charged with managing DNS and other internet functions.

In addition to following review recommendations from the Government Accountability Office, the Commerce Department sought feedback from experts in corporate governance, who “concluded that the proposal renders the prospects for takeover by a single government, group of governments, or one or more economic actors to be extremely remote.”

Conservative groups and Republican lawmakers are not likely to be satisfied by this finding. They have spent months blasting the Obama administration for considering the transition, which they say will endanger internet freedom. Texas Sen. Ted Cruz has introduced a bill to block the transition. (Cruz’s office did not respond to a request for comment on the NTIA announcement.)

But the move is popular with the international community and with Silicon Valley. The Internet Association and several other web groups applauded the move Thursday and warned Congress not to interfere. “Our organizations agree that the proposals to transition ICANN from U.S. government stewardship to a bottom-up, multistakeholder model satisfy NTIA principles and provide the internet with the best path forward for self governance,” the groups said in a statement. “It is important that Congress not artificially slow down the transition beyond the September 30 expiration of the current IANA contract.”

The government’s current contract with ICANN expires on Sept. 30. The Commerce Department has given ICANN until Aug. 12 to estimate whether the groundwork for a transition can be laid before that deadline.