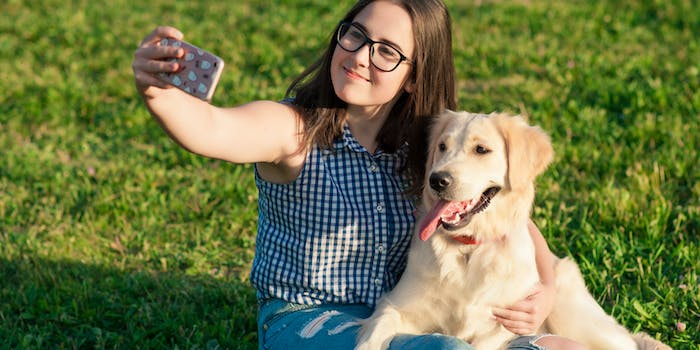 Instagram users who post photos of their pets are more likely to get hacked, a new survey claims.

Spanish bank Santander and OnePoll surveyed 2,000 British adults about their social media habits and found that nearly 90 percent of individuals under 25 admitted they posted personal information on social media, including photos of their pets and pets’ names.

But how does posting a picture of your pet make you more likely to get hacked or scammed? Santander says that one in 10 people under 25 has not only shared a pet’s name online but used that name as a password. And when a hacker targets a victim, one of the first things they do is look for personal information.

Santander was also quick to blame celebrities for promoting a culture of “oversharing” often emulated by younger users. The survey found that 40 percent of young Instagram users were influenced by posts from celebrities while a third of users between 18 and 24-years-old said they had made posts that mimicked a celebrity’s.

Santander’s head of fraud strategy Chris Ainsley explained in a press release that users need to be more aware of how much personal information they post.

“Make sure you get the balance right and don’t give fraudsters an easy ride,” he said. “Check your privacy settings are on, stay vigilant, and consider what you’re giving away before hitting post.”

Santander also said users with public accounts shouldn’t reveal their birthdays, personal information about their family (or pets), and should check that photos don’t expose private data before they are posted.

But Santander’s advice may fall flat for many young social media users who grew up in a culture that values oversharing. The best thing you can do is to use a password manager, create strong and unique passwords for all the sites you use, and enable two-factor authentication when possible.