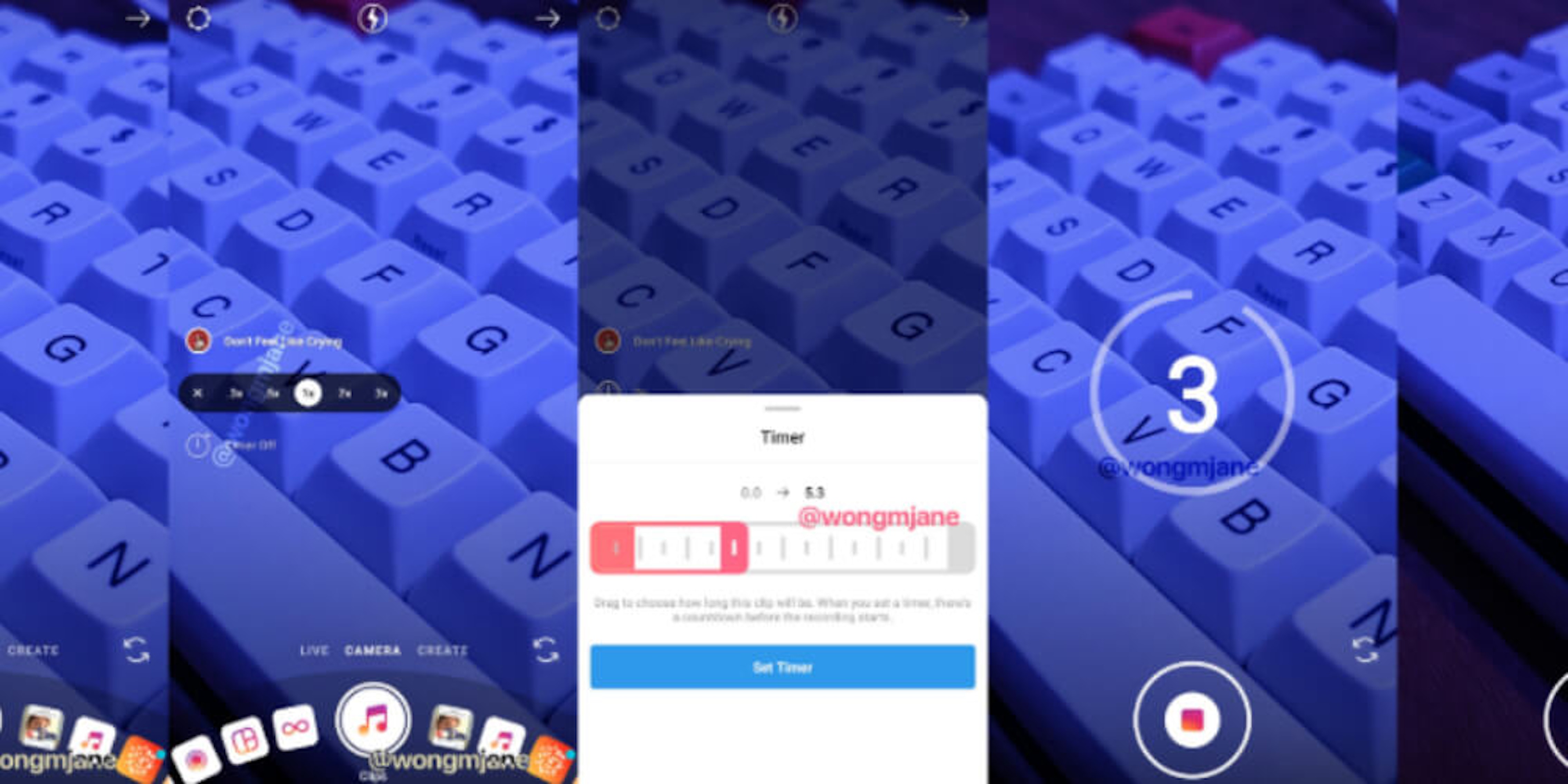 'This is unsurprising because TikTok is a rising star in the social media space.'

Instagram is in the process of developing a new feature that appears to be inspired by rival app TikTok.

Instagram is working on “Clips”, a Story Camera feature “inspired” by TikTok

I have a mini surprise in my new blog: https://t.co/wOGfCOlQCg pic.twitter.com/pAd7NHA5nJ

Wong notes that users can apply music to their creations as well as adjust the speed of each clip, just like TikTok.

“To me, this is unsurprising because TikTok is a rising star in the social media space, and Instagram/Facebook has shown the pattern of cloning features from competitors,” Wong adds.

Through reverse engineering, Wong also found that Instagram has been working on the new Clips feature since early July.

As is with any experimental feature, it remains entirely possible that Clips will never make its way to the wider public. But given the huge popularity of TikTok, it seems likely that Instagram will attempt to emulate some of its features to retain its users.

But Instagram isn’t the only social media platform testing new features. Wong found earlier this month that Facebook has been experimenting with hiding Likes, just like Instagram has been doing for the past several months.

Meanwhile, Twitter has been quietly working on a snooze button for push notifications, while Spotify has been testing a new tool to let you DJ live with your friends.