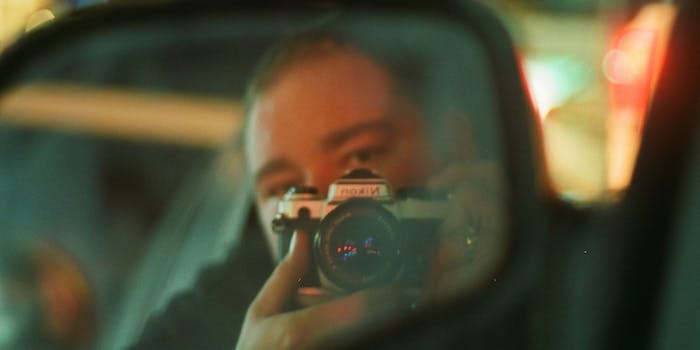 This algorithm predicts how popular your Instagram photo will be

What makes a great Instagram photo? How about a winning Tinder profile picture? People are willing to go far in pursuit of the perfect selfie or a viral post; there are dating coaches who will advise clients on which photos to select to pick up women, and people who get famous by taking flattering pictures of their butts. Figuring out what will be popular on social media is a job for some, and an obsession for many.

Still, we have no precise way to tell when a photo will be popular or not. But researchers at MIT are getting closer: They have developed an algorithm meant to predict how popular a photo will be on the social Web. Aditya Khosla, a PhD candidate at MIT’s Computer Science and Artificial Intelligence Lab, has developed a tool you can use to see how popular your photo will be on a scale from one to 10, based on research conducted with partners.

So what makes an image popular? Khosla and his partners examined 2.3 million images on Flickr and concluded they could predict an image’s popularity based on the content and the social context.

To predict how popular something would be based on content, they looked at the colors used, the texture and gradient, as well as which objects were present. Miniskirts, bikinis, bras, and guns were on the list of objects that make a “strong positive impact,” confirming what we already know: Sex and death are fascinating. Basketballs, giant pandas, and cheetahs all had “medium positive impact.” Less fascinating? Plungers, golf carts, spatulas, and space heaters.

They also looked at how social context impacts popularity, studying follower counts, how many views a photo set received, and how long users had been on the social network.

We decided to test Khosla’s tool to see which of our photos would make the cut. First up: an objectively adorable picture of my parents’ Shiba Inu puppy. Puppies and kittens are supposed to be the viral Internet’s bread and butter right? 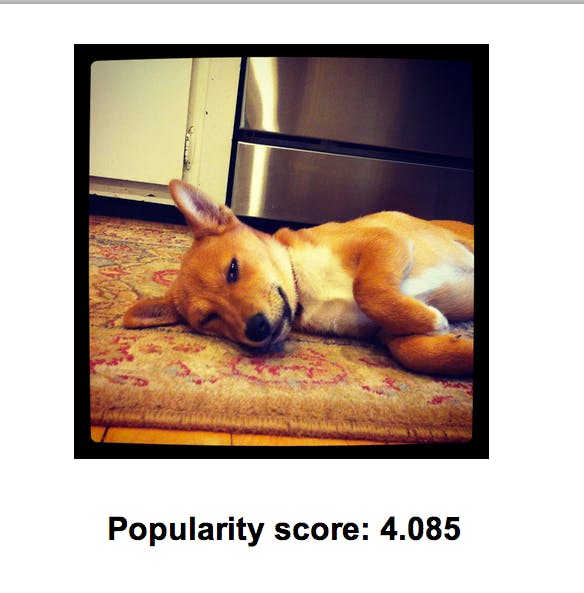 Then I decided to take a selfie and see if I could beat a dog. 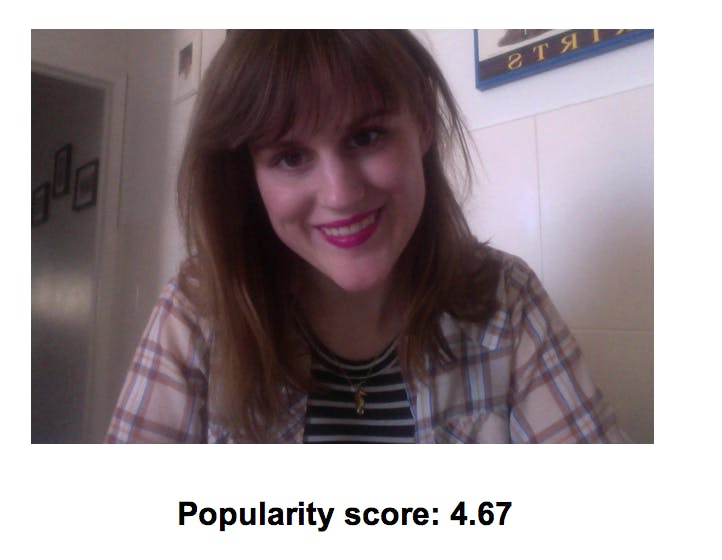 I did! I didn’t want to get too cocky, though, so I measured myself against a screenshot of the worst rapper in the known world, Chuggo. 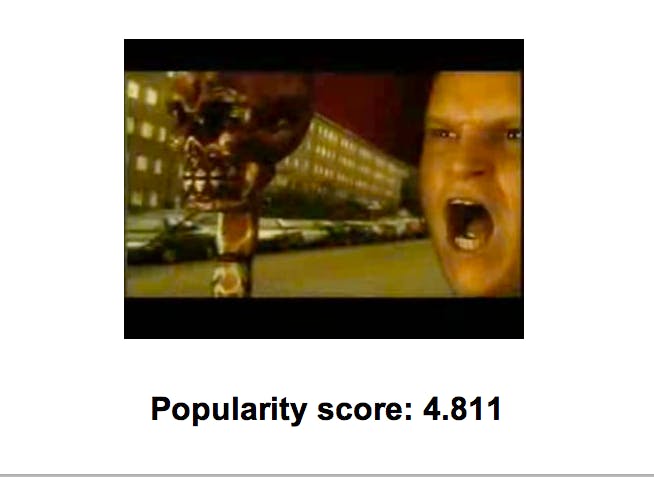 Apparently my dog and I are nothing compared to Chuggo. And apparently Khosla’s tool thinks most pictures are between a three or four, popularity-wise. There are a few example photos and they all scored within that range. Khosla’s tool is still in demo mode, and it would be more accurate if it could take the social context into account instead of just the image content, so perhaps in the future it will be more accurate, because there’s no way Chuggo beats my dog in real life. No way.

Khosla plans to make a tool in the future that will automatically tweak photos to make them primed for popularity, which means he may be our next Internet billionaire if he markets it right.