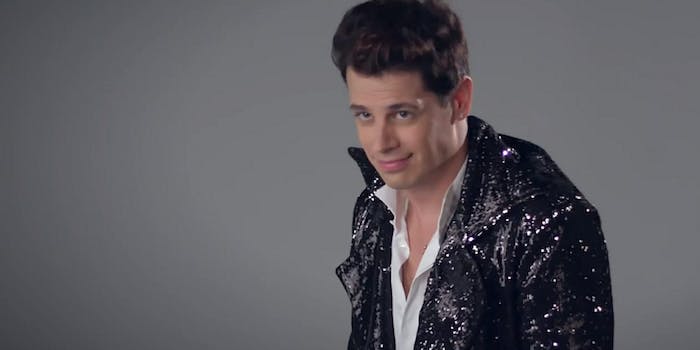 He said it was 'disgusting and sad that they didn't go off.'

Alt-right figurehead Milo Yiannopoulos is trying to throw himself into the public spotlight once again.

This time, Yiannopoulos praised a wave of bombing attempts on the Obamas, Clintons, and other prominent Democratic politicians by saying it was “disgusting and sad that [the bombs] didn’t go off.” He even claimed he was upset “the Daily Beast didn’t get one.”

You’d expect an Instagram post praising a violent terrorist attack against two American presidential families would lead to immediate removal, but Instagram initially hesitated to take down the post after the site ruled it “does not violate our Community Guidelines,” the Daily Beast revealed.

Instagram finally took down the post “roughly two hours” after the Daily Beast’s Will Sommer reported on the photo. Yiannopoulos’ post received over 2,500 likes before it was pulled, with fans praising the post’s “dark humor” and calling its critics “honestly retarded.”

“This content violates our policies and has been removed from Instagram and Facebook,” Stephanie Noon, an Instagram spokeswoman, told the Daily Beast. “We prohibit celebration or praise of crimes committed, and we will remove content praising a bombing attempt as soon as we’re aware.”

While Yiannopoulos was permanently banned from Twitter in 2016 after encouraging harassment against actress Leslie Jones, he remains a somewhat popular alt-right figure throughout the internet. He sports over 386,000 followers on Instagram and over 2.3 million likes on Facebook, where he regularly posts about American politics. Ironically enough, Yiannopoulos turned to Facebook after the Daily Beast published its initial story, stating in all caps that he “WILL NEVER EVER STOP MAKING JOKES ABOUT WHATEVER I WANT AND NO ONE WILL STOP ME.”

“It doesn’t matter whether your post violates their terms of service or not—only whether enough social justice warriors complain about it,” he wrote, this time in regular caps. “Mob rule.”

I am shocked that Milo Yiannopoulos turned out to be a “snowflake”. Shocked. https://t.co/FTHd4iz2mJ

A story in three tweets.

Milo Yiannopoulos "Jokes" about the bomb threats, jokingly he condones it.

He then bitches and whines like a snowflake when it is taken down.

Others were furious that Instagram dragged its feet on removing the message, with many criticizing Instagram’s decision prior to the post’s removal.

Milo Yiannopoulos posted this on instagram. This is further incitement to violence. And instagram won't take it down. pic.twitter.com/Qo8wCWtR7d

@instagram I’m giving you 24 hours to change this decision or I’m out. #deleteinstagram https://t.co/yvNJycIO8N

How does he still have a platform to spew his venom?

#MAGABomber This isn't really a matter of 'social justice' any more — This is literal terrorism that is being promoted and supported.

How can these right wingers wish that hundreds or thousands of completely innocent people are killed in terrorist… https://t.co/YyuRnWkir2

OK… Some on them decided to just drop the victim blaming and go directly to cheering domestic terrorism/attempted murder of political opponents. (That Instagram initially refused to delete this speaks volumes of how the social media giants are still living in 2015.) https://t.co/GZCeMKXkW0

While Yiannopoulos’ popularity has dwindled since his resignation from Breitbart News, he’s entered the news cycle a few times after his departure from Andrew Breitbart’s site.

After Yiannopoulos was chased out of a New York bar, Twitter basked in his self-pity. Then there’s Yiannopoulos’ original Simon & Schuster manuscript, which was found in court documents late last year. The internet promptly dug into it as users questioned why the company would give him a book deal in the first place.