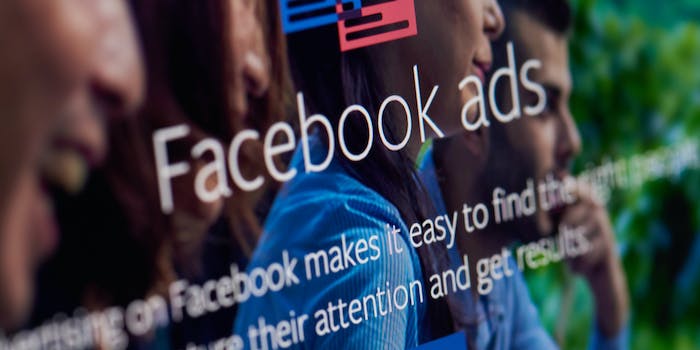 The move comes after it said it would try and stop the spread of QAnon over the summer.

Facebook on Wednesday said it would prohibit ads about the QAnon conspiracy theory from appearing on the platform.

The move comes after the social media giant announced over the summer that it would try and stop the spread of QAnon by taking action against Facebook Pages, Groups, and Instagram accounts.

Now, Facebook says it is “prohibiting anyone on our platform from running ads that praise, support or represent militarized social movements and QAnon,” the company said in a blog post.

In the post, Facebook said it will also be directing people to “credible child safety resources when they search for certain child safety hashtags,” citing the “savethechildren” hashtag that has been co-opted by QAnon recently.

The social media giant added that posts about QAnon and child safety are eligible for fact-checking and content that is debunked will have its reach on the platform limited.

The announcement also came just ahead of Instagram, which is owned by Facebook, banning Liz Crokin, who boosted QAnon, according to reports.

The crackdown from Facebook—in both ads and content—follows similar attempts by other social media sites to limit the spread of QAnon. In July, Twitter suspended 7,000 accounts related to the conspiracy theory. Some of the more popular promoters found ways around the ban before being banned again.