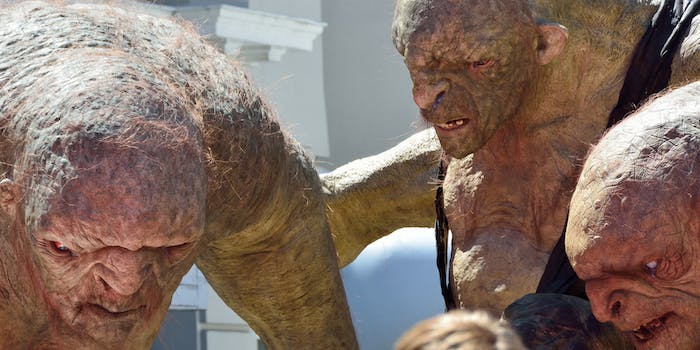 Are the patent troll's days numbered?

This week, the House will vote on a new bill aimed at limiting the toxic practice of patent trolling that disincentivises innovation and scientific growth.

There was a time when patent law made sense: You invented something and then the government issued you a short term monopoly so you could reap the economic benefits of your hard labor. This incentivised inventors and, thus, technological progress. But then something went wrong.

Today, third party companies known as patent trolls buy up the patent rights to inventions in order to sue potential infringers. And it’s good business. Patent lawsuits can be so expensive and drawn out that those accused of infringement will often settle, regardless of how good their case is.

The bill, known as the Innovation Act, would make it more difficult for patent trolls to alleged infringement in court. It would also force patent trolls to, in some cases, pay the legal fees for suits they lose. This accomplishes two things: It makes it easier for small startups to fight trolls in court and it disincentivises trolls from pursuing weak cases in the first place.

In a broad sense, the bill seeks to refocus the patent system on its intended purpose: promoting scientific innovation.

The original point of the patent system is to thwart copycats, not profit off of them. (One did not create new technologies so that they could sue over their infringement.) But patent trolls have changed all that. As third parties buy patent rights they become commodities. And these commodities only have value when people infringe on patents. That is, patent trolls create an economy that bets patents will be violated.

These bet-to-fail profit strategies are toxic to the industries they exploit. Recall the financial collapse of a few years ago. This happened in no small part because banks began buying up bad debts in the hopes that they would fail.

Now, the industry at stake is scientific and technological development. How does patent trolling hurt the technology sector? Consider patents on new software. “The quality and sheer number of software patents has created a hazardous environment to innovate in—one where nearly anything you program or build probably infringes some patents,” Electronic Frontier Foundation activist Adi Kamdar explained to the Daily Dot. In the case of smartphones, the number of infringements can climb into the thousands. “When a system that is set out to promote progress ends up laying out a minefield and encouraging bad actors, that is a problem,” said Kamdar.

The issue is further complicated by the fact that, as a recent Federal Trade Commission study showed, many lawyers have a difficult time understanding whether or not software technologies have even been infringed upon. Right now, that ambiguity, coupled with lax court regulations and expensive legal fees, has empowered patent trolls like never before.

The Innovation Act is far from perfect. But digital rights groups like the EFF have thrown their weight behind it, calling it the best legislation so far concocted for fighting patent trolling. “We’ve seen enough developers, engineers, and entrepreneurs targeted by bad patent policy and patent trolls that it’s in our interest to get involved with this fight,” Kamdar said.

According to Govtrack.us, the Innovation Act has a 23 percent chance of becoming law.