Searching for inner peace in the App Store

Inner peace is but an app away.

Worried about your soul? Fear not. There are apps for that.

Maybe you thought that some things were beyond the almighty reach of software developers. Or that an app for your soul was just not a profitable idea to mine. That’s what I thought, too. I was wrong.

I typed in the keywords “spirituality,” “meditation,” “healthy mind,” and “journey” (because, well… one should speak the lingo) and picked the best-rated apps. This is my “journey” through the App Store.

It began with… Texts from Jesus 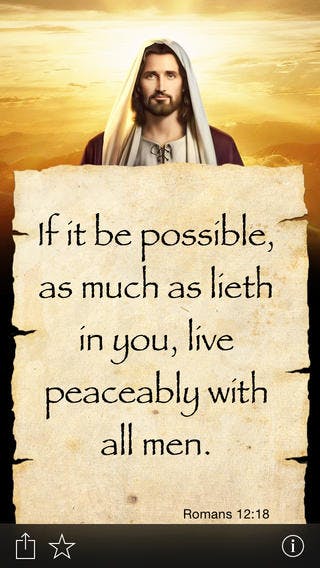 There are plenty of “quotes from spiritual leaders” apps out there. I picked Texts From Jesus—and it does what it says on the tin. The app sends you quotes from Jesus out of the Bible. Bonus: Ads can be removed for $0.69. It likely depends on your affiliation with Christianity, but speaking as an atheist, my reaction to the quotes ranged from “eh” to quite inspired. The one I got today, however, was a little confusing:

“Render therefore unto Caesar the things which are Caesar’s and unto God the things that are God’s.”

I guess I’ll be pondering that one for a while.

But if you can’t decipher this old-timey speech, you can change the setting to fit your preference. Some of these took me by surprise. Take, for example, the “LOLcats” setting:

Is that blasphemy? I’m new to this, so I don’t know.

All in all, it’s a good app. You know, the same way iced coffee or a walk in the park is good.

I then tried to… Transform 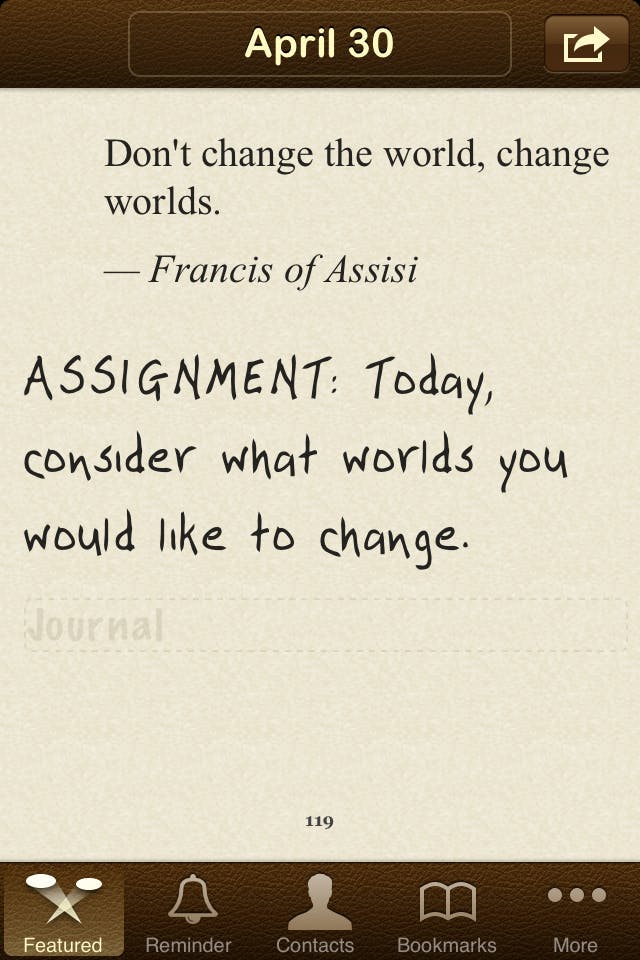 Transform is actually a pretty popular app, with a total of 54 five-star ratings. It sends you daily “journal” messages, composed of a quote and a subsequent exercise.

“Kindness is more important than wisdom, and the recognition of this is the beginning of wisdom. — Theodore Isaac Rubin. ASSIGNMENT: Today, look for evidence of this fact.”

That’s quite nice. It’s reassuring to think that my random good deeds are actually signs of wisdom, though I’d appreciate knowing exactly more about the origins of such tidbits. Rubin is, as it happens, a well-regarded psychiatrist, but that might not always be the case.

It’s sort of like the humanitarian version of Texts from Jesus, with a little nudge to try and make you think. Some reviewers called it “life-saving,” but I couldn’t imagine that really being the case.

It was time for… Beginners Meditation I figured this app deserved a go based on name alone. As you’ve probably guessed, it’s an app to teach the basic meditative exercises, using a voice recording that guides you through the steps while a lot of white noise goes on in the background. When I listened in, the woman sounded like she was in a cave. It left me wondering if she had a cold at the time of the recording.

At the same time, it’s not often I have someone who tells me to “just… breathe.” As a coffee-swilling, deadline-chasing neurotic, it’s not something I do that often. I think I’ll take the time to breathe more often.

The downside to this app is it’s plagued with add-on features, with cooly padlocked symbols over them. So you can put a price on peace of mind: It’s $1.99.

Setting aside my flemmy guide and the multitudinous add-ons, it was a good way to set aside time to relax during the day. Unfortunately, a second attempt to listen to the tape proved insufferably boring. A one-hit wonder at $1.99, I’m afraid.

Finally I reached for… The Kabbalah App 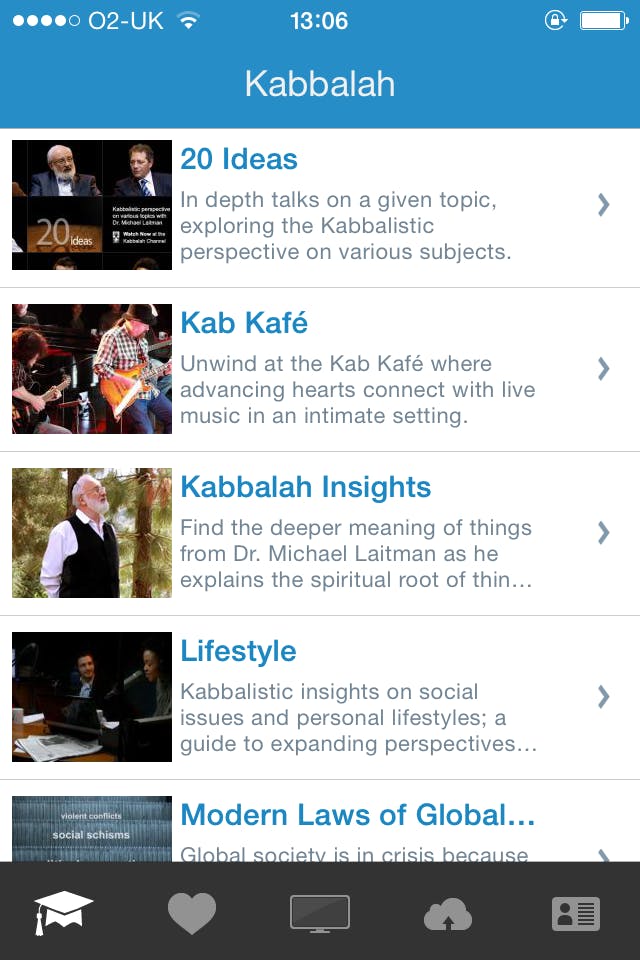 I picked the Kabbalah neither for its super descriptive name nor because I had any prior interest in Kabbalah, but because of Karen Walker.

It’s a great app. It was created by Bnei Baruch of Kabbalah’s Education and Research Institute, and sure enough, it contains a ton of interesting videos, podcasts, and radio recordings that explain humanitarian issues (racism, apocalyptic thinking) through the lens of a Kabbalah scholar.

Sometimes it comes across as a bit of a ramble on enlightenment, new levels of consciousness, etc. In one particularly baffling episode, they discuss whether or not Hitler could have found Kabbalah. Other times, though, you get a sense for profound thought and reflection (see this video on racism). It deepened my respect for a school of thought that received a lot of attention for being a celebrity fad a couple years ago.

The app doesn’t actually teach Kabbalah, though there’s a link to a free online course. It turns out that Kabbalah is only for people who are pretty “advanced on their spiritual journey,” which is surprising give how popular the religion is supposed to be.

The “journey” is complete

How did it go? So-so. But hey, enlightenment isn’t achieved in a day.

Apps seem to me to be a bit faddish. They’re quick and easy but also intrusive. Gadgetry so often is.

Texts from Jesus could’ve been fun and educational, but sometimes it was just a bit of nuisance and I wasn’t taken in the wisdom. There was nothing in these apps to say “here are the tools to discover yourself,” but just “Look at me!”.

I don’t doubt the good intentions of the people that made the apps, but I doubt their effectiveness. If you’re looking for inner peace, peace of mind, introspection—whatever you want to call it—it’d be better to look elsewhere. Like the Bible. Or the author mentioned in Transform. Or maybe you just take need to take time out and “breathe.” Preferably without a cold.