Don't throw your USBs away yet!

Tech giants like Apple and Google might be ready to push USB Type-C on the public as quickly as possible, but the average person likely isn’t gearing up to the new universal plug—especially not if it’s the only one on a laptop. For those who want to move into the future of single port domination but aren’t ready to do away with their plethora of peripherals, a Kickstarter project may hold the key to a smooth transition.

InfiniteUSB has been in development since 2010 and is coming to market at just the right time as USB undergoes its biggest change in years. Just as it sounds, InfiniteUSB turns a standard USB port into a never-ending, stackable chain of USB ports. The pass-through connectors make sure that the USB port is always open while branching off with microUSB, Lightning, or female USB plugs. 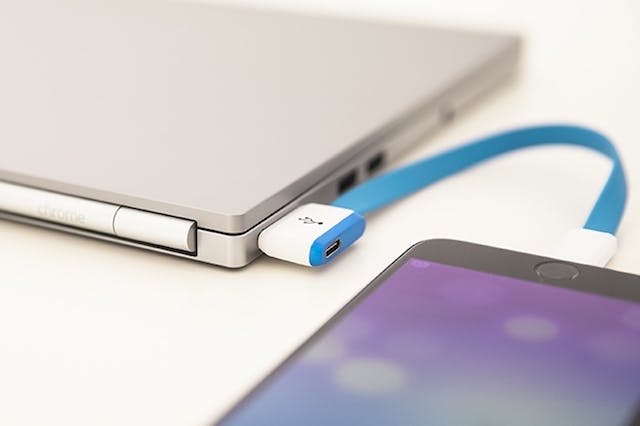 The project launched on Kickstarter on March 17 and quickly reached its goal within three days, but the timing was a little wonky. Apple announced its new MacBook just a week prior, complete with the news that there would be one lone USB Type-C port to handle everything: charging, video out, accessories, everything. Two days later, Google showed off its new Chromebook Pixel, which had just two USB Type-C ports of its own.

Super early adopters were able to claim an InfiniteUSB cord for $10, but pledges of as low as $14 will still land you one. And hey, if you’re buying the new MacBook or Chromebook Pixel at launch, what’s another $14 to you, moneybags? Must be nice. (I just had to pay my taxes and I’m bitter.)

H/T The Verge | Photo via InfiniteUSB/Kickstarter